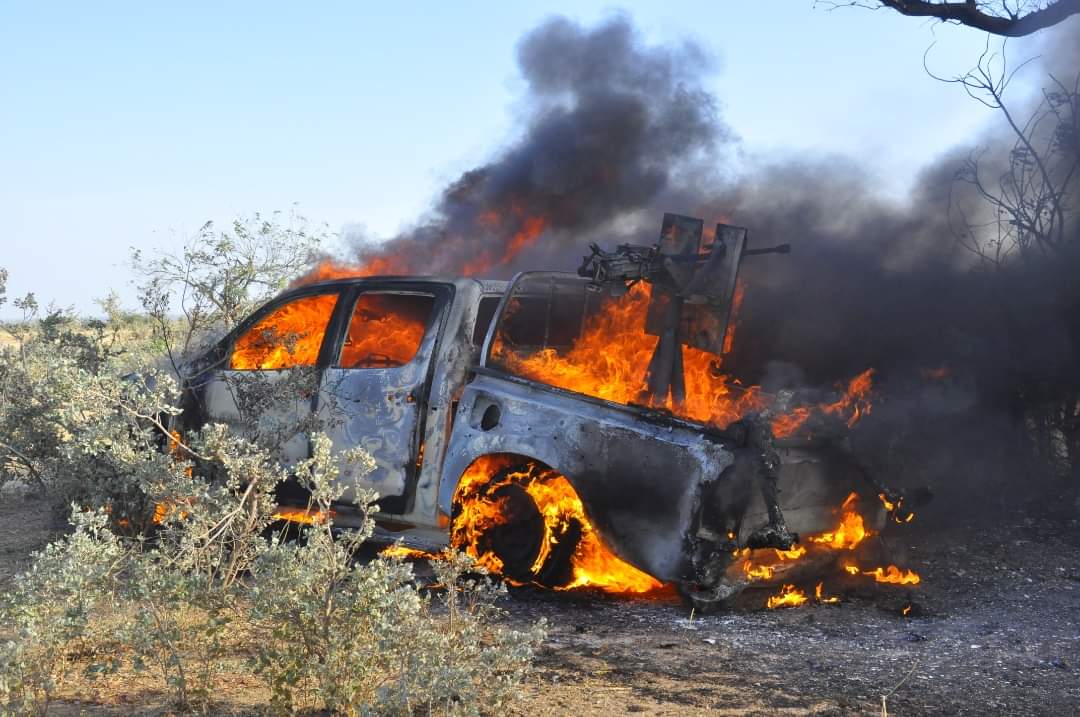 The troops from HQ Sector 2 who were led by the Commander Sector 2 and later reinforced by troops from 27 TF Bde Buni Gari and Special Forces Training School Buni Yadi tactically out-manouevered the criminals and engaged them with superior fire power resulting in high casualty on the terrorists.

In the aftermath of the decisive encounter, 28 Boko Haram Terrorists were neutralized while few others are believed to have escaped with gunshot wounds.

In the same vein, one Boko Haram Gun Truck was destroyed with its occupants while another Gun Truck was captured from the fleeing criminals. Other equipment captured from the criminals include; 2 Anti Aircraft Guns, 13 AK 47 Rifles, 4 extra magazines and a Vulcanizing Machine. Regrettably, one gallant soldier paid the supreme price while one other soldier was wounded during the encounter.

Wounded soldier have been evacuated to a military medical facility and is responding positively to treatment.

The renewed onslaught against the remnants of Boko Haram/Islamic State’s West Africa Province criminals by the dogged troops of Operation TURA TAKAIBANGO is indicative of the end of all criminal elements within the North East.

The troops of Operation TURA TAKAIBANGO are highly commended for their dedication and determination in flushing out remnants of the terrorists from their hideouts. They are also encouraged not to relent but build on the successes recorded.

The entire populace of the North East region are hereby assured of the Nigerian Army’s renewed vigour and determination to crush the remnants of Boko Haram/Islamic State’s West Africa Province criminals from their enclaves in this zone.