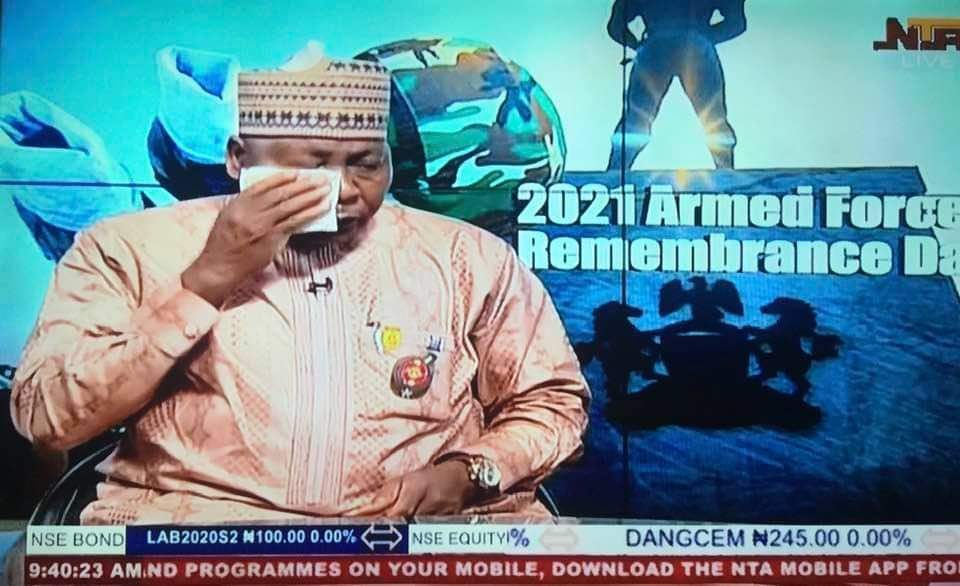 The date, 15 January of every year, is a significant day for Nigerians, especially serving military personnel, ex-servicemen and women, their families, and friends. It is also meaningful to families and friends of those gallant service personnel who paid the supreme price with their dear lives and those wounded in action. These unique sets of people voluntarily decided to serve the nation through thick and thin to the extent of being killed or injured either in Nigeria to defend its territorial integrity or elsewhere.

The Armed Forces and Remembrance Day Celebration (AFRDC) is a worldwide phenomenon in which nations set aside a particular day annually to celebrate their Armed Forces. Although most have certain things in common, the date and sequence of events celebrating it varies from one country to another. These standard denominations include prayers, parades, laying of the wreath and charitable activities.

The Armed Forces’ celebrations started with the monarchical context and after that the Versailles treaty in 1919. The celebration is designed and is not by accident, to be in line with the Realists’ theory, belief in military power to fulfil the state’s interest. The Developed World followed the Realists’ philosophy that states that national interests should supersede all other interests. National power denotes military might or power, hence the celebration of the Armed Forces.

The global celebration of the Armed Forces in such a manner in the modern context dates to World War I, which officially ended when the Allied Nations and Germany signed the Versailles Treaty in France on 28 June 1919. However, war hostilities ended seven months earlier, precisely, on 11 November 1918 which has since been observed as the Veterans Day every year, regardless of the day of the week it falls, all over the world, especially among the member states of the Commonwealth.

In line with global trends, Nigeria had celebrated its Armed Forces and Remembrance Day Celebration (AFRDC) in the past on 11 November each year. However, it adopted 15 January every year to celebrate her Armed Forces for some significant historical reasons. Nigeria chooses 15 January to commemorate the day the 3-year Nigerian Civil War officially ended in 1970. The celebration is not misplaced as the worldwide military plays a significant role, especially on any nation’s defence and security issues. Thus, respect for the military in most countries is part of national culture and tradition. The military is a significant part of national power and the last resort in defence and security, so nations strive hard to have a virile and formidable Armed Forces. Here in Nigeria, the military is also a symbol of national unity and its contribution to national unity, peace, security, and development is unquantifiable.

Therefore, the observance of a day like this helps the system pay more attention to the Armed Forces; honour and appreciate them for their sacrifices, patriotism, unflinching love for the country. It will help the citizenry appreciate the service personnel’s willingness to serve and sacrifice for the nation. We owe a debt of gratitude to these courageous men and women in uniform and their families for shouldering a tremendous burden on behalf of us. The gallant officers, soldiers, ratings, airmen, and women voluntarily served and sacrificed their youth and most productive parts of their lives to the nation. In most countries of the world, the military enjoys honour and Constitutional roles on defence and security issues.

Thus, many Nigerians hardly know or understand the significant role of this critical segment of society in the country’s national life and development. The AFN global exploits started when they fought in the two World Wars, civil wars against rebels and enthroned peace and democracy in Congo, Liberia, and Sierra Leone. Just recently, they assisted in stabilizing the polity in Ivory Coast, the Gambia and Guinea Bissau. One of the most significant national contributions of the AFN is the Civil War’s success to keep Nigeria as one entity. For the fast ten years, they have been involved in internal security duties to curtail violent extremism, militancy, separatists’ agitations, ethnic and religious conflicts, banditry, kidnapping, while practicing in case of any hostile foreign aggression on the sovereignty and territorial integrity of Nigeria. They are notwithstanding its continuous participation in peacekeeping and peace support operations in the search for global peace. In performing their duties, some were wounded in action and many have lost their lives so that Nigeria could be peaceful, secured and the citizenry safe in conducting their daily activities. Above all, they have performed marvelously well, thus, deserving commendation.

The Legal Framework which provides for the establishment and consequent deployment of the Armed Forces of Nigeria are in Sections 217 and 218 of the 1999 Constitution of the Federal Republic of Nigeria (As amended), respectively and other subsidiary legislations such as the Armed Forces Act Cap A20, Laws of the Federation of Nigeria 2001 and the Harmonized Terms and Conditions of Service 2017. The primary duty of the AFN is to defend Nigeria from external aggression, maintaining its territorial integrity and securing its borders from violation on land, sea, or air. It is also to suppress insurrection and act in aid of civil authority when called upon by the President and may also perform such other functions as may be prescribed by an Act of the National Assembly. Over the years, the AFN have been discharging its Constitutional duties creditably well despite obvious limitation and distractions occasioned by politicization of security issues. Despite these sterling performances, there is still lack of understanding of the roles of the AFN and noticeable poor cultural affinity with the Nigerian society.

Therefore, the AFN deserve understanding, encouragement, serious and generous commendation, and sincere appreciation by the citizenry, rather than denigration, undue criticisms, abuses, and all forms of negative comments especially from those that ought to know better. The most worrisome aspect is the politicization of security for political expediency rather than national interest. Nigerians, therefore, need to develop the culture and tradition of appreciating the AFN and the veterans, as this personnel on their own have decided to curtail their freedoms and privileges as citizens and lay down their lives for the benefit of humanity and fellow countrymen and women, peace, and development in Nigeria.

It is very disheartening to see some Nigerians denigrating our Armed Forces for inconsequential or unjustifiable reasons. This attitude gave some non-governmental organisations the impetus to continually harass, embarrass, demonize, and paint our gallant Armed Forces in lousy light. A clear example was the International Criminal Court (ICC) and Amnesty International, who were equating them with one of the world’s detested terrorist organisation; Boko Haram/ISWAP terrorists’ group. It is essential to know that whatever affects the country’s Armed Forces, equally affects its security architecture. The continued haranguing of the AFN by these organisations is demoralizing and should therefore stop.

As we celebrate these breeds of courageous and gallant people, some of whom are not with us in this world, we need to reflect and appreciate our Armed Forces’ sacrifices and all they have been through to make Nigeria better. They endure hardship, deprivation, safeguarding our lives and properties, risking their lives and yet do not ask for anything other than our collective support, prayers, and respect. In this vein, I enjoin Nigerians to show more understanding, while corporate organisations, institutions and businesses should institute unique treatments for service personnel and our veterans.

To further earn the trust and respect of Nigerians, the AFN must continue to respect human rights and the rule of law. They should be more conscious of their critical role in our Constitution’s defence, guaranteeing peace and security in Nigeria by being more professional and always making the nation proud. The military should exercise more understanding and restraint in their dealings with civilians. They should continue to remain apolitical, professional and bastion of hope in our collective quest for peace and stable democracy in Nigeria.

The politicisation of security issues in the country is counterproductive to our quest for peace and security. The nation should commit more resources to improve the welfare of troops, equipment, and training and enhance the welfare of the families of fallen heroes and those wounded in action. We should also enhance good governance and welfare of the people. The Government should adopt more creative ways of conflict resolution and create an enabling environment for peaceful coexistence among Nigerians devoid of circumstances that are excavating the security situation in the country that warrants the military’s deployment. Leaders should know that most conflicts are resolved through dialogue. They should therefore explore mechanisms of solving disputes that could make resort to military efforts more effective.

I join millions of well-meaning and patriotic Nigerians to celebrate our Armed Forces today and always. Happy Armed Forces and Remembrance Day Celebrations 2021 to our gallant and patriotic Armed Forces of Nigeria and their families. May the gentle souls of our fallen heroes continue to rest in peace, amen.