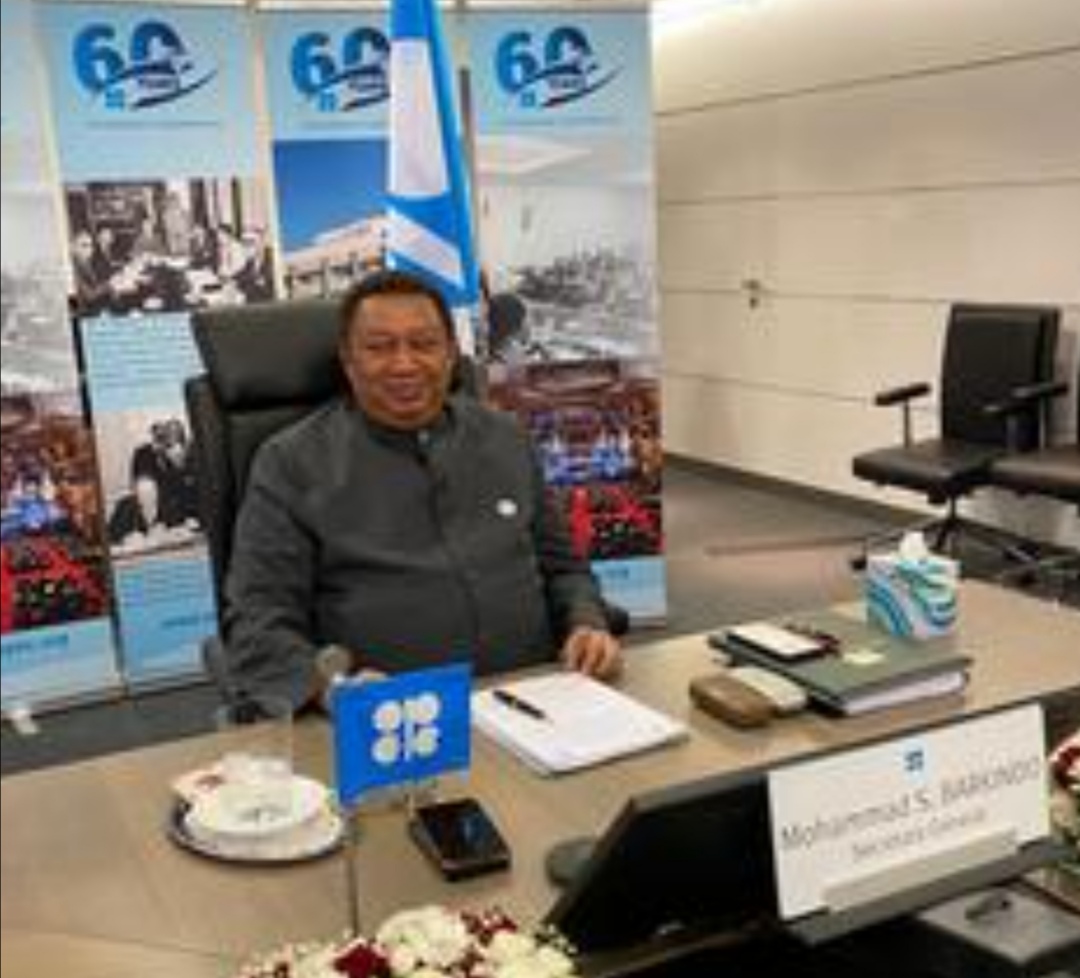 Secretary- General of the Organization of The Petroleum Exporting Countries, OPEC, Mohammed Sanusi Barkindo Says the
Declaration of Cooperation (DoC), in its fifth year has helped the industry traverse two historic downturns by bringing together 23 oil producing nations to help return balance to the global oil market, and achieve a sustainable stability, in the interests of both producers and consumers.

In his address, the Secretary General commended the event organizers for successfully hosting this timely conference, highlighting that multilateralism and the energy transition are key issues of great relevance and “central to the Organization that I humbly lead as Secretary General.”

Barkindo emphasized that the principles of cooperation, multilateralism and dialogue have underpinned OPEC’s mission and objectives since its foundation in Baghdad, Iraq, on 14 September 1960.

“For OPEC, what has been clear since it was founded back in Baghdad in September 1960 is the value placed on ever broadening dialogue and cooperation,” he said, adding, “Multilateralism has a long history, but it has perhaps never been more important to the world as we look build and shape today’s architectures for tomorrow.”

In this context, the Secretary General continued by highlighting OPEC’s commitment to multilateralism, noting the continuous expansion of the Organization’s dialogue partners, including oil producing and consuming countries, international organizations, and a plethora of other industry stakeholders.

“These relationships were particularly vital in 2020, in the face of the colossal impacts of the COVID-19 pandemic,” Barkindo added.

The Secretary General stated that the ‘Declaration of Cooperation’ (DoC) constitutes a unique milestone in the history of the Organization and multilateralism in the oil sector, as it has brought together 23 oil producing countries to “help return balance to the market, and achieve a sustainable stability, in the interests of both producers and consumers.”

Barkindo stressed that the effective, flexible and all-inclusive multilateral approach of the DoC proved reliable and successful during the COVID-19 pandemic.

In looking forward, the Secretary General underlined: “We need to mould multilateralism and the energy transition into a form that delivers for each and every person on this planet,” adding that the stability of energy and oil markets is vital in this regard.

He also underscored the key role of investment in addressing future energy demand and securing future supplies, stating that the global oil market requires cumulative investment of $12.6 trillion in the upstream, midstream and downstream through to 2045.

The Secretary General highlighted that oil and gas will continue to form an integral part of the global energy mix with a combined share of around 50 per cent in 2045, adding that renewable energy sources are expected to provide over 20 per cent by then.

Barkindo also recognized the potentials of technologies in overcoming critical global issues, such as climate change. “We will need a very broad portfolio of emission removal technologies to tackle climate change,” he said, noting that carbon capture utilization and storage (CCUS) and the Circular Carbon Economy can “improve overall environmental performance.”

The Secretary General concluded his address by stating: “Working together, through a multilateral approach, we can build a future worthy of future generations and one where no one is left behind.”