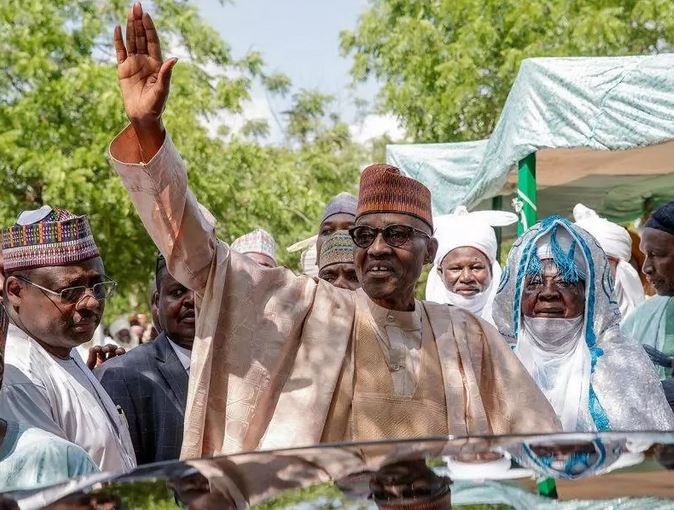 President Muhammadu Buhari is in Daura, Katsina State on a five day official visit. The President was given a befitting reception on arrival at Umaru Musa YarAdua International Airport, Katsina.

On hand to receive him were a high powered Katsina State Government delegation led by Governor Aminu Bello Masari.

President Buhari who inspected a ceremonial guard mounted by a detachment of the Nigerian Army proceeded to Daura by Helicopter.

While in Daura the President is expected to participate in the APC membership registration and update of its register towards improving on the support-base of the governing party nationwide.

President Buhari considers the exercise as a very important one for the nation’s democracy and its yearning for good leadership as a requirement of the process of nation building.

The Emir of Daura Farouk Umar Farouk led prominent members of the community to welcome the President at Daura Helipad.