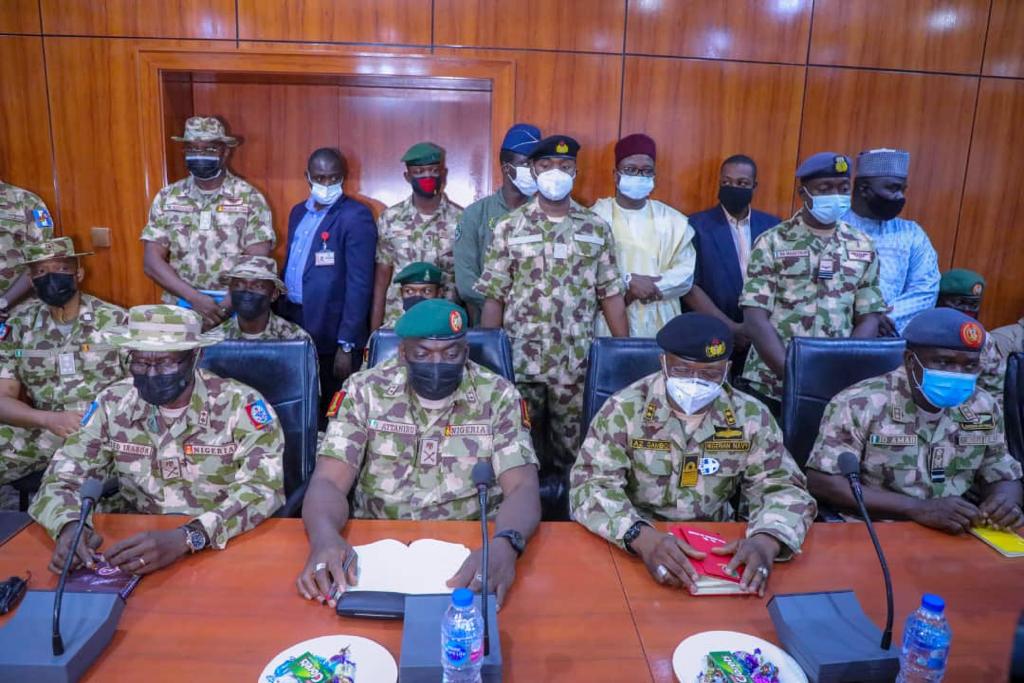 The Chief of Defence Staff Major General Lucky Irabor has led service Chiefs to Maiduguri on their first operational visit where he promised to boost and sustain the ongoing counter-insurgency operations.

Accompanied by the Chief of Army Staff Major General Ibrahim Attahiru, Chief of Air Staff Air Vice Marshal Isiaka Oladayo Amao and the chief of Naval Staff Rear Admiral Awwal Zubairu Gambo, the CDS had solicited support, patience and understanding from the people in the quest to end the conflict.

The service Chiefs had while in Maiduguri the Borno State Capital paid visits on Governor Babagana Umara Zullum, the Shehu of Borno and addressed troops the headquarters of the Theatre Command Operation Lafiya Dole.