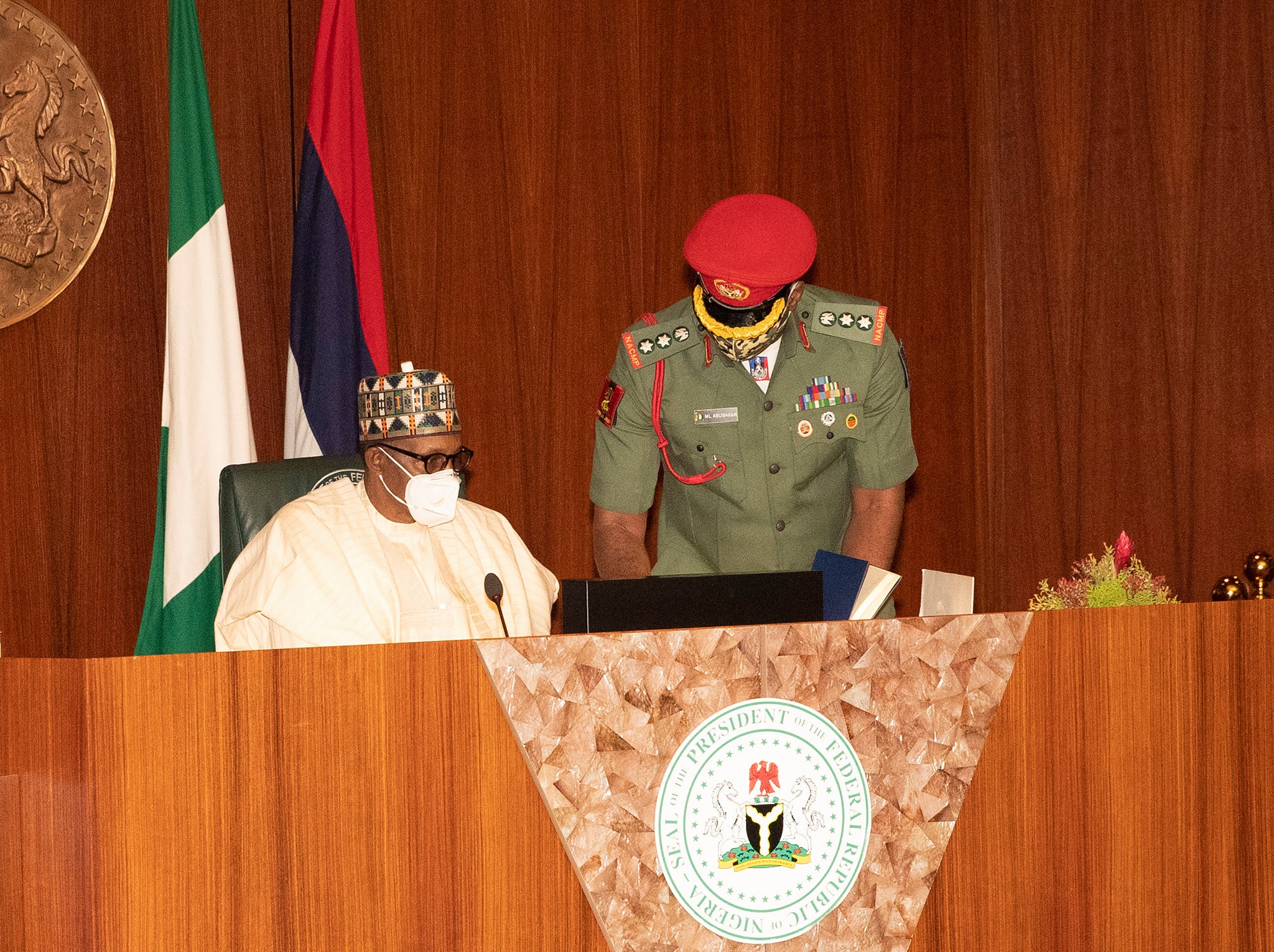 The 3rd meeting of the Federal Executive Council for the year 2021 is underway at the Presidential Villa.

The high-level engagement is the 32nd to be held virtually in adherence to the COVID-19 safety advisory.

Physically present at the meeting are Vice President Yemi Osinbajo, Secretary to the Government of the Federation and the National Security Adviser.

Also present in the executive Council chambers are seven Ministers while other members of the council are participating online from their offices across the Nation’s capital, Abuja.

several memoranda from Ministries, Departments and Agencies of Government are expected to be considered for possible approval towards sustaining efforts at taking Nigeria to the next level of development for a better future.

Before the meeting went into a closed session a moment of silence was observed by the council in honour of two former members who died recently.

The former Ministers were Alfa Wali from Kano State who served as minister of Agriculture and Prince Tony Momoh who was Minister of Information and Culture under the Babangida administration.

NTA will give you details on the resolutions adopted by the council members at the end of the meeting.