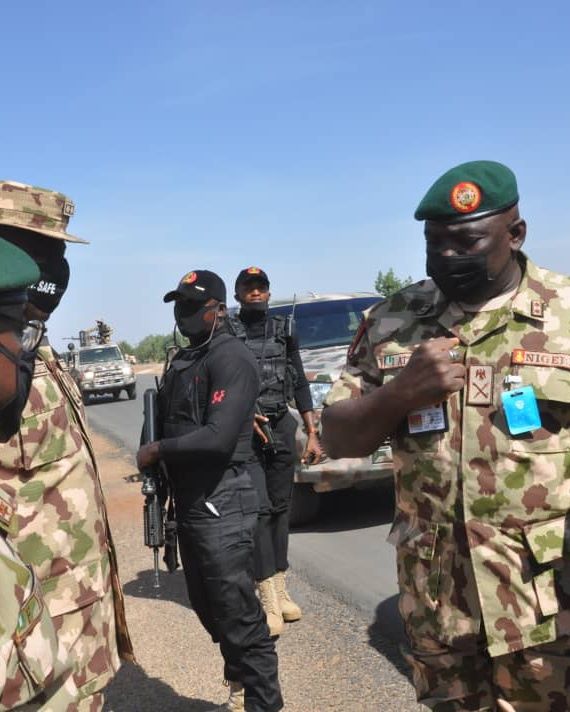 He was briefed by the Sector Commander, Sector 2 OPLD Major General OO Oluyede on the successes and achievement so far recorded since the commencement of Operation TURA TAKAIBANGO within Sector 2 Operation LAFIYA DOLE Area of Responsibility and as well the readiness of the troops and equipment in the Sector. 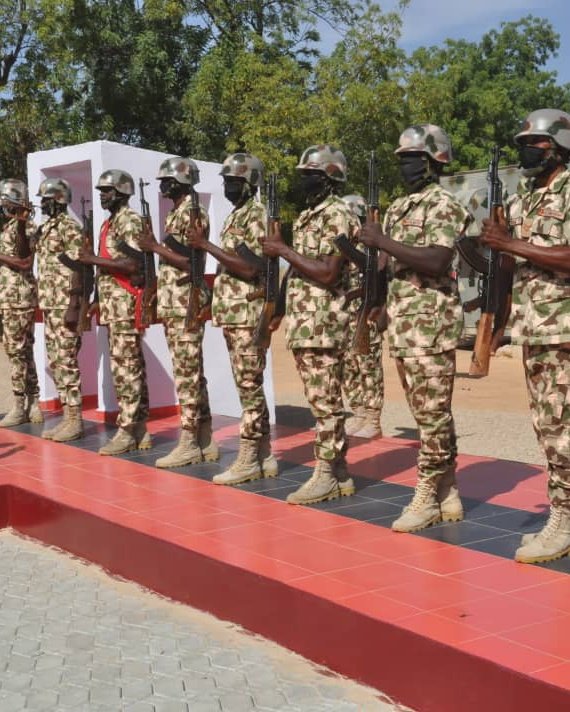 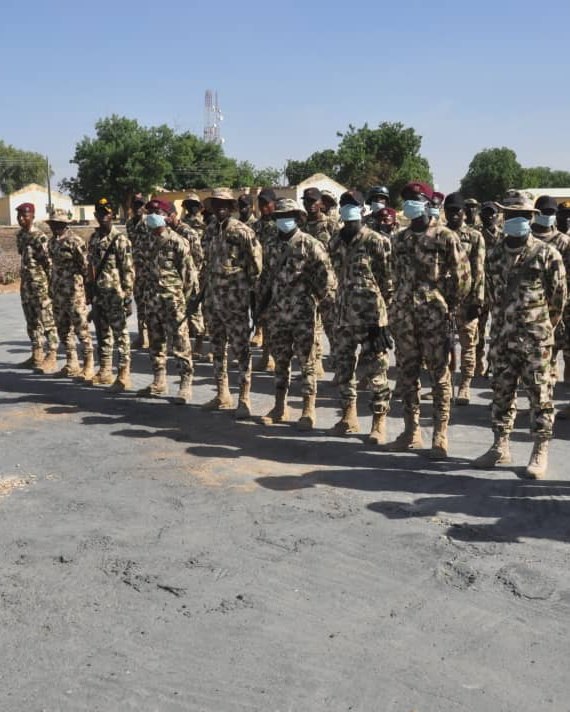 The COAS while addressing the troops commended them for their loyalty and doggedness in the ongoing fight against Insurgency in the North East. He assured troops of his support and robust welfare packages to boost their morale as they continue the war against insurgency. 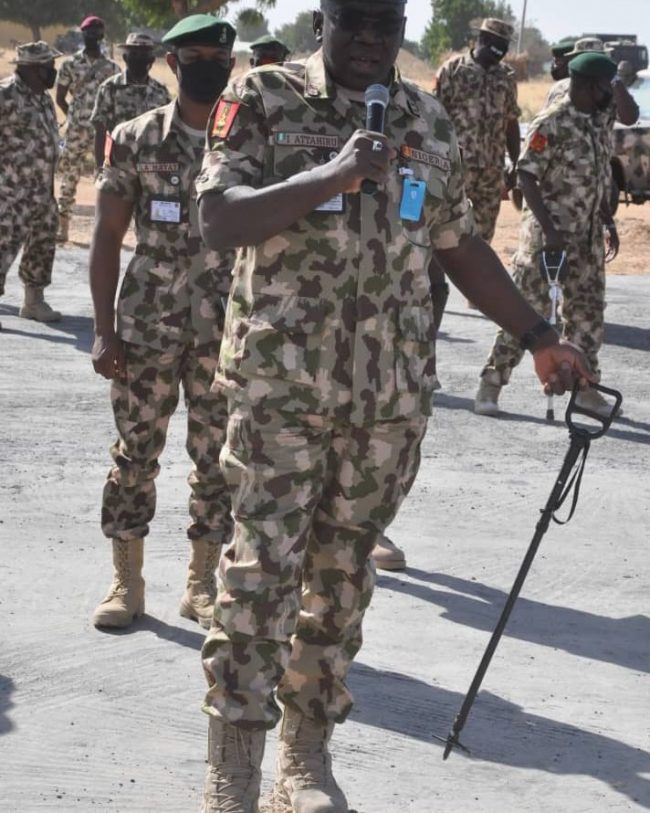 He also extended greetings from the President and Commander in Chief of Armed Forces of Nigeria, President Muhammadu Buhari to troops.