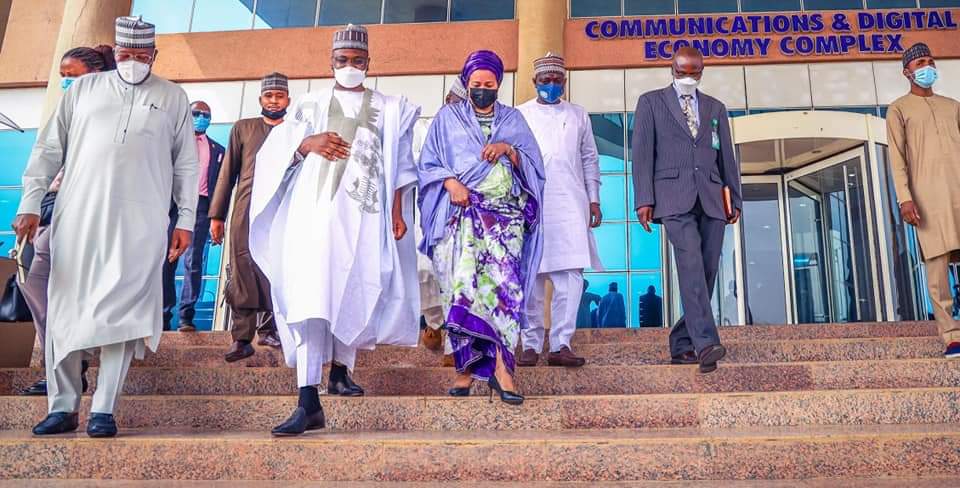 The United Nations Deputy Secretary General, Mrs Amina Muhammed pledged the support of the global body to the country’s digital economy sector while urging the federal government to invest in technology.

Mrs Amina Muhammed, was speaking during a courtesy call on the Honourable Minister of Communications and Digital Economy in his office today Monday, 22nd February 2021. She noted that “Technology is the lifeline of all other sectors from education to medical and financial services, and a lot of what the economy will see in the coming years will be determined by what we do now, in terms of investments”.

She noted with deep satisfaction the proactive and result oriented leadership style of Dr Pantami which has resulted in the quantum leap recorded in the nation’s economy. She praised the National Digital Economy Policy which she emphasised was incredibly important within the framework of the 2030 agenda on the sustainable development goals of the United Nations. “With the exemplary leadership we have in the sector, right now, the Nigerian government should really prioritise investments in the sector. The United Nations really supports this sector and its leadership, to make sure that you are a big part of the success of Nigeria’s growth and development. Technology is what will bring efficiency and connectivity in all aspects of life and especially in the green transitions”

In his response Dr Pantami expressed his appreciation to President Muhammad Buhari for his efforts at diversifying the economy through various enabling policies and for making the sector a priority as the benefits are already manifesting. He noted that the most recent figures published by the National Bureau of Statistics which puts the Digital Economy sector ahead of others with a 14.7% growth within the Q4 OF 2020 is a clear indication that the sector is indeed advancing. This also indicates a 13% growth within the year under review.

The Honourable Minister expressed his gratitude to the United Nations for its support through its partnerships and collaborations with organisations under the global body and noted that more can be done in bridging the digital divide especially in the area of capacity building.