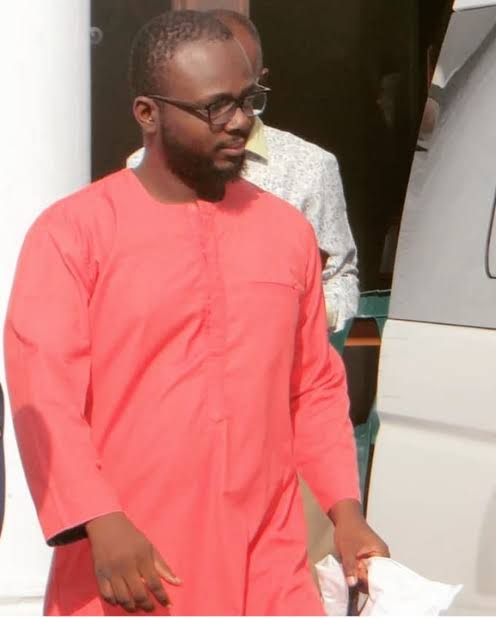 The trial-within-trial of a suspected serial fraudster, Scales Ishola Olatunji was cut short on Thursday, February 25, 2021 following a ruling by Justice Agatha Okeke of the Federal High Court in Uyo, Akwa Ibom State which disqualified one Barrister Peter Mba from giving his testimony as a defence witness in the matter. Scales is being prosecuted by the Uyo zonal office of the Economic and Financial Crimes Commission, EFCC on a 45-count charge bordering on conspiracy, impersonation, fraud and obtaining by false pretence to the tune of over N525m.

The defendant had on December 10, 2020, through his counsel, Jane Obika objected to the admissibility of a document (Scales’ statement dated December 5, 2020) which was sought to be tendered by Nwandu Ukoha, counsel to the EFCC, through the PW3, Mohammed Sade.

This led to the trial-within-trial. However, the prosecution closed its case in the trial-within-trial on Friday, January 29, 2021 after calling three witnesses and tendering documents that were admitted in evidence. The matter was adjourned till February 25 for the defence to open its case in the trial-within-trial. When the matter was called today, the defendant was led in evidence as DW1, by Stanley Negbenebor, the defence counsel, but his attempt to also present Peter Mba as a witness drew strong objection from Ukoha, who argued that Mba, having appeared as defence counsel in the case could not also play the role of witness.

“Mr. Peter Mba is incompetent to testify in this matter. We are afraid that he will not be able to do justice in this matter. Because there is serious conflict of interest.

“The rules of professional conduct, governing the conducts of lawyers frowns on such acts by lawyers and even recommended to the Legal Practitioners Disciplinary Committee, LPDC for sanction.

Where my lord, in ordinary contentious issues, lawyers cannot depose to an affidavit when you’re representing a client, how much more a criminal matter that borders on transnational offences, white collar crimes between Nigeria and Norway.

I pray the court not to allow him to testify”, Ukoha said. Responding, Negbenebor said the prosecution’s argument was “completely misplaced”.

According to the defence, “Peter Mba last appeared in this matter before his passing out parade as a Corps member in 2019. It is unknown to criminal jurisprudence that counsel, particularly not the lead counsel, needs to formally notify the court on withdrawal of appearance”.

After listening to both counsel, the court held that ” a person cannot wear two gowns as a legal representative and a witness in the same matter. It therefore declared Mba incompetent to testify in the matter as a witness.

The matter was thereafter adjourned to February 26, 2021 for continuation of trial.