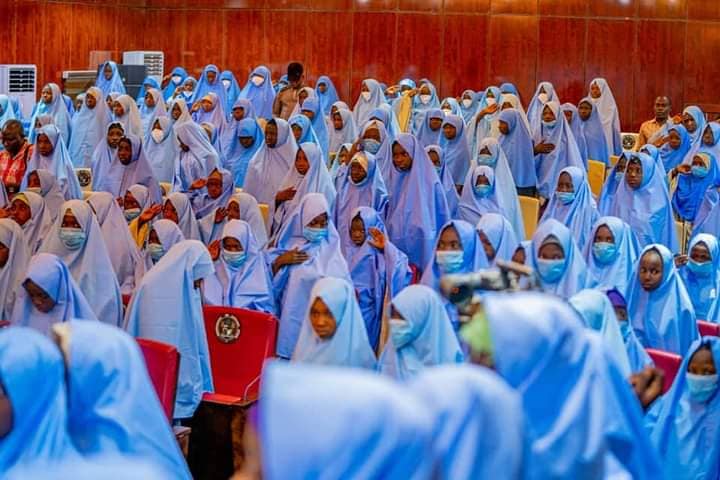 Reacting to the development, the President said “I join the families and people of Zamfara State in welcoming and celebrating the release of these traumatized female students.”

President Buhari said he was excited that their ordeal came to a happy end without any incident, adding that “being held in captivity is an agonizing experience not only for the victims but also their families and all of us.”

However, while celebrating the release of the students, the President called for greater vigilance by the people so that human intelligence could be collected early enough to nip the bandits’ plans in the bud.

He warned that the time has come to reverse, completely, the grim and heartbreaking incidents of kidnapping. “Ransom payments will continue to prosper kidnapping,” he warned while urging the Police and the Military to go after these kidnappers and bring them to justice.