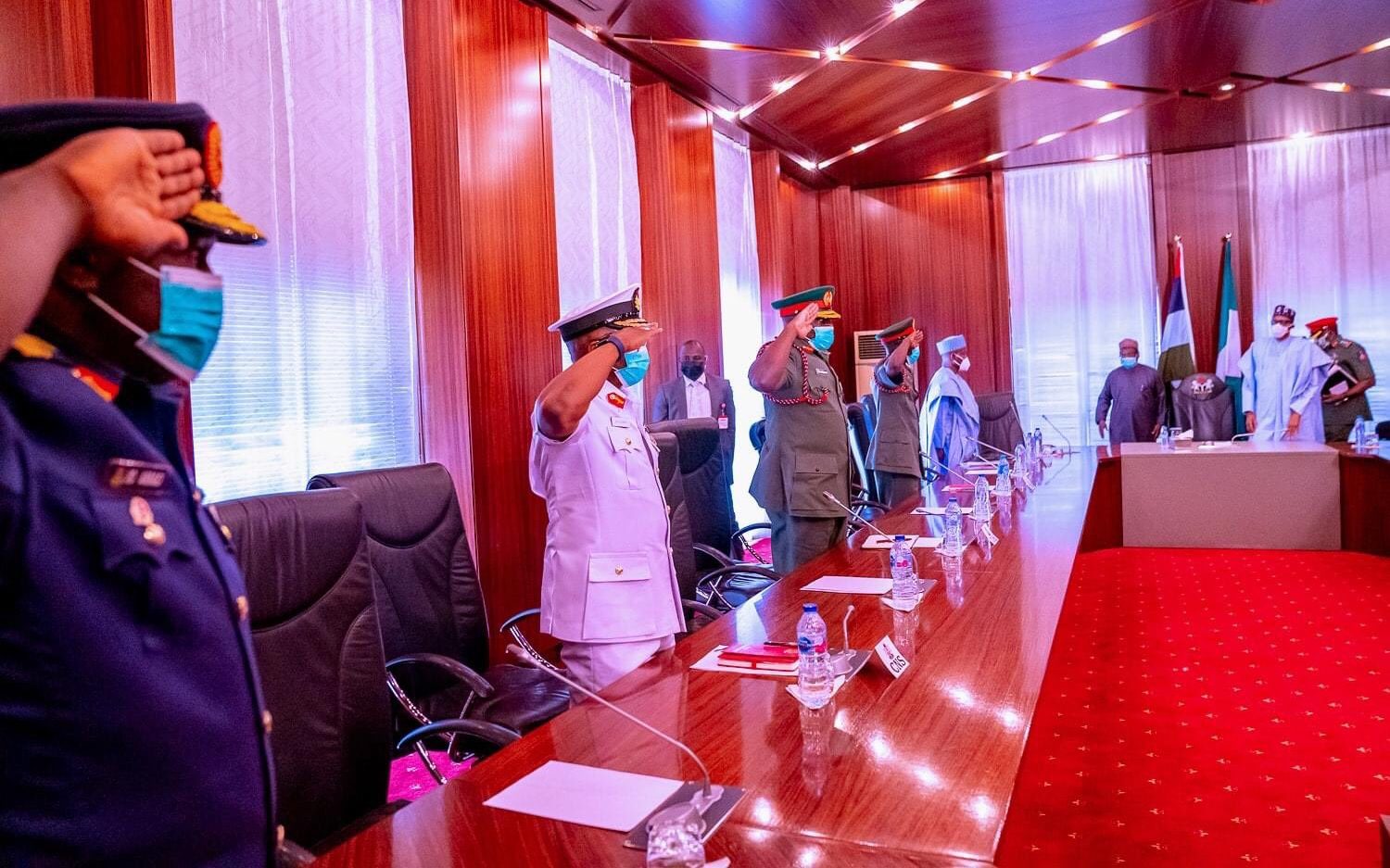 A Meeting of the National Security Council is now underway at the Presidential Villa.

President Muhammadu Buhari is presiding over the crucial engagement being held for the first time since the appointment of new service chiefs
State House Correspondent Adamu Sambo reports that the meeting was summoned by the President to discuss and find solutions to the most critical issues that affected Nigeria’s National Security.

In attendance were Vice President Yemi Osinbajo, Ministers of Justice, Defence, Interior as well as police and Foreign Affairs.

Various memoranda are expected to be considered in respect of the prevailing challenges of security facing the country.

These include terrorism and insurgency, farmers/ herders conflicts, Armed banditry as well as kidnapping for ransom.