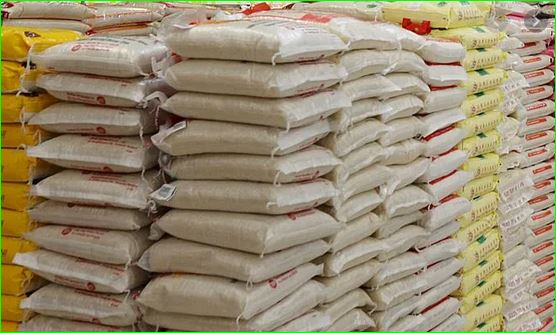 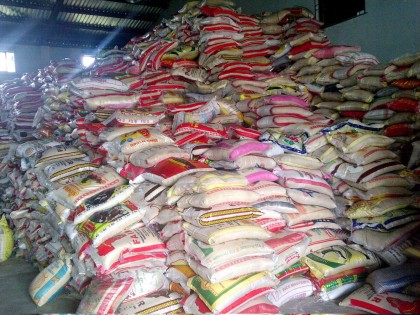 There has been scarcity of foreign rice weeks after reopening of borders by the Federal Government, the News Agency of Nigeria (NAN) reports.

NAN reports that many traders in some markets in Abuja on Saturday were out of stock of foreign rice in their shops and warehouses.

Hajiya Rahmatu Mohammed, a rice seller in Utako Market in Abuja, said in view of the scarcity, the price of foreign rice had increased in the market.

Mohammed said that the scarcity started in the last two weeks.

“It is surprising that even our suppliers are now complaining that they are not getting the foreign rice though I don’t know where they are bringing them from.”

Malam Adamu Saleh told NAN in Gwagwalada market that he was out of stock of foreign rice, saying that the only two bags he has in the store were for specific customer.

Saleh said he had ordered for the supply of foreign rice for more than a week and was hopeful of getting it next week.

He said he never experienced this delay for the receipt of his order and however expressed worry that it might come with price increment.

Mr Peter Innocent told NAN that the recent increment on foreign rice had discouraged him as he now sells only Nigerian rice.

Innocent said the demand for local rice had increased over time except few people who insisted in buying foreign rice.

Another Rice distributor in Dutse, Jigawa, Alhaji Danjummai told NAN in a telephone interview that he was out of stock of imported rice.

Danjummai attributed the scarcity to the shortage in the market due to lack of supply by marketers.

Reacting on the development, the Public Relations Officer of Nigeria Customs Service, Mr Joseph Attah, said the scarcity of foreign rice in the market was a sign of the success of the service’s anti- smuggling operation.

Attah said the present customs under the leadership of retired Col Hameed Ali had maintained zero tolerance for smuggling of rice and other prohibited items.

“Customs is committed to ensure that Federal Government’s investment in agriculture will not be a waste because the present administration has done so much on rice production.

“It is our duty to enforce fiscal policy of the government and that is why we are working vehemently to prevent smuggling of rice and other prohibited items”.

He added that the development showed that the recent directive given by Comptroller-General of Customs to officers and men to get rid of foreign rice in the market was working.

NAN recalls that on Feb. 2, the NCS said tougher time was awaiting rice smugglers and those trading in smuggled rice in the country.

The NCS’s strategies had been re-sharpened while appropriate directive and riot acts had been read by the Comptroller-General of Customs to officers who are in commanding positions.

According to him, Ali has directed them to ensure that rice smugglers and indeed those who deal on smuggled rice do not have respite.

It will also be recalled that on Jan. 31, the Rice Processors Association of Nigeria (RPAN) decried the flooding of the country’s markets with foreign rice and appealed to the Federal Government to criminalise the sales of foreign rice.

The Director-General of the association, Mr Andy Ekwelem, at a briefing in Abuja said the influx of smuggled rice in the market was worrisome.

Ekwelem cautioned that with the way Nigerian markets had been filled with smuggled foreign rice, if the government did not take decisive action, all the rice mills in the country would collapse.

He stated that rice value chain sub-sector had engaged about 13 million Nigerians on direct employment, adding that the activities of smugglers must be checked to avert job loss.

“We have said it many times on the need for government to criminalise sales of foreign rice in the markets and supermarkets. Rice is number one on the list of prohibited products in which CBN places forex restriction.

“It is assumed that any rice you see in this country now, in the markets, shops and even in your homes is not Nigerian made rice, it is smuggled.

“The country is losing revenue because these smugglers are not paying the right duties to bring the rice into the country and this ugly development is killing our economy.

“We want a law that will empower law enforcement agencies to go to markets and shops to arrest anyone found with foreign rice because their action amounts to economic sabotage.

“When that is done, people will be discouraged from buying from these people that smuggled rice into the country. We need to take drastic measures against smugglers as well as those selling the products,” Ekwelem explained.

Meanwhile, some rice consumers who spoke to NAN advised rice producers in the country to improve the quality in order to compete with imported rice.

Mr Zakari Momoh told NAN that he would have liked to be patronising Nigerian rice but he had issue with quality.

Momoh noted that, no doubt Nigerian rice had good taste but the producers needed to improve on the quality.

Mrs Elizabeth Igoh said though she eats local rice but she was not satisfied with the quality.

Igoh noted that consumers were still grappling with issue of sorting out stones in Nigerian rice, adding that the rice processors should make their product stone-free like imported rice.

NAN recalls that Federal Government on Dec. 17 announced the reopening of land borders.

The Minister of Finance, Budget and National Planning, Mrs Zainab Ahmed, listed those opened as Seme in the South-west, Mfun in the South-south, Ilela and Maigatari borders in the North-west.