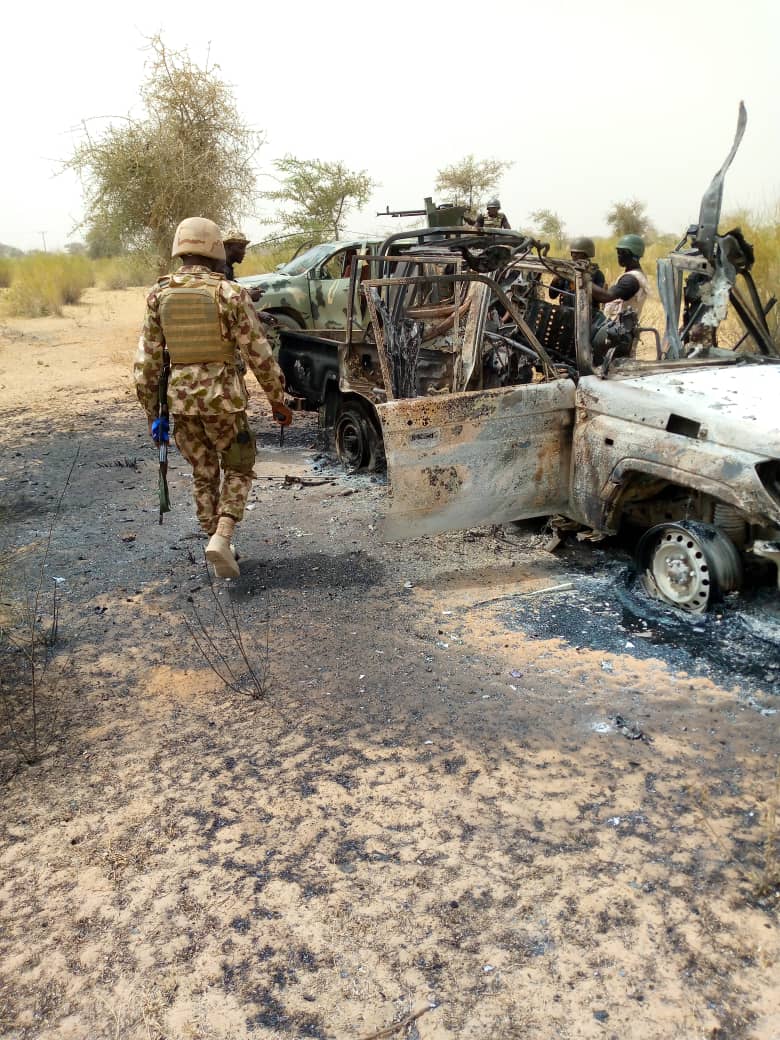 Twelve senior Boko Haram/ ISWAP Commanders and others members of the Terrorists group,on revenge mission at Damasak, Borno state have been eliminated.

A statement by the Director Army Public Relations Brigadier General Muhammad Yarima says, a week long Air and ground Operations in different parts of Borno state by the Nigerian military eliminated the Criminals and their weapon storage facility destroyed in the air raid conducted by the Air Component of Operation Lafita Dole.

Three soldiers and some civilians however lost their lives
in the encounter, several Arms captured, other distroyed while some houses were burnt by the Terrorists.

The Military noted with dismay the nefarious activities of some locals in Damask, who work as informants to Boko Haram/ISWAP terrorists.