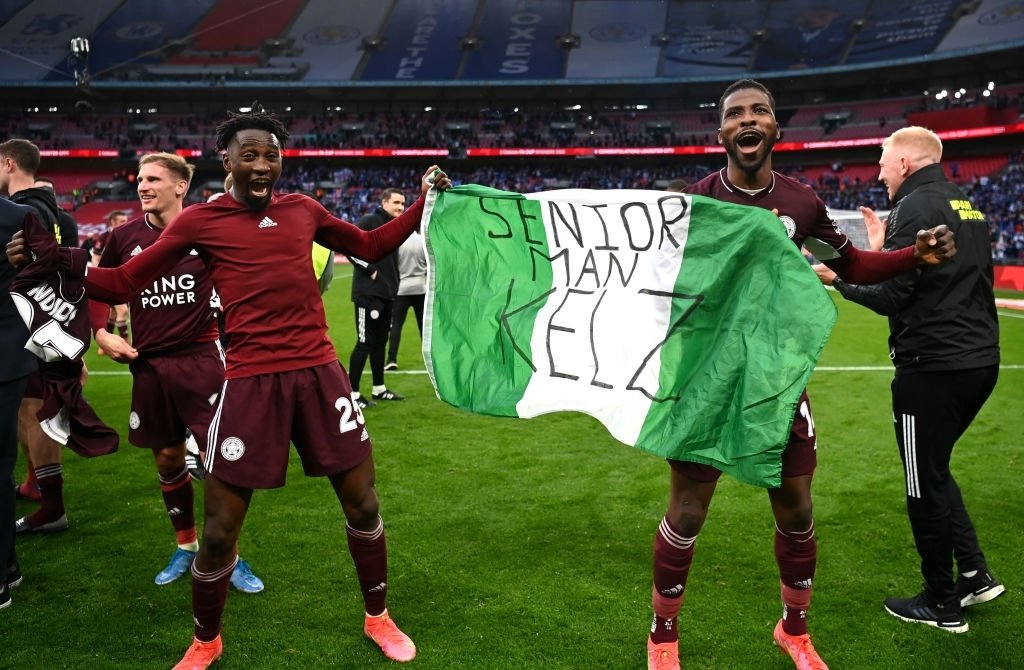 Leicester City emerged the FA Cup champions for 2021 after a 1-0 win over Chelsea at the Wembley stadium. Leicester are FA Cup winners for the first time. A goal from Tielemans was good enough to secure the trophy for the foxes.

The fans at Wembley were given plenty to talk about after VAR controversy cancelled Chelseas’s Ben Chilwell goal that could have leveled the game. 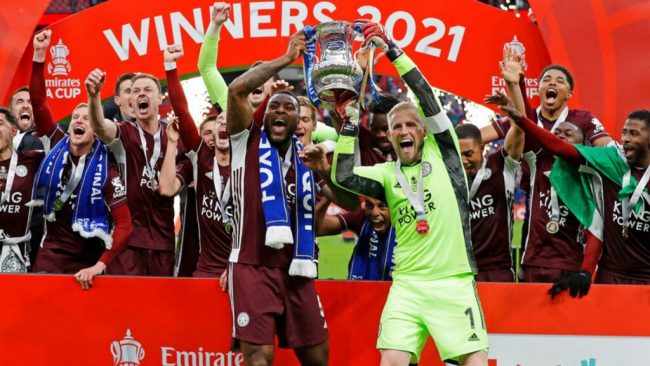 It was devastation for Chelsea, but the scenes of celebration among the Leicester supporters shows just how much football has missed the fans. Theere will be celebrations long into the night.

Two Nigerians, Kelechi Iheanacho and Wilfred Ndidi are part of the Leicester team that emerged winners for the time in the competition. Nigerians reacted on social media by the celebrating the duo.

How much it means for Kelechi Iheanacho and Wilfred Ndidi.

Brendan Rodgers reactions after his team lifted the trophy:

“It’s an amazing feeling, I wasn’t aware before I came to Leicester that they’d never won the FA cup, they’d lost in four finals previous so to be able to give that to the owners and the fans, so special,” he told the BBC. “So proud, the board players staff, supporters, an amazing day for the city, so proud for everyone.

“The success of this team and club is getting to positions like this and competing, the so-called bigger clubs are expected to win but our success is competing and if we can perform like today we can go and win, what a day for everyone involved with Leicester.”

However, this FA Cup defeat has simultaneously devastated Chelsea and boosted the Foxes’ confidence ahead of their trip to west London.

The hope must be that it will re-focus Chelsea. The players were forced to watch Leicester celebrate wildly at the end of the game, so they should, in theory, be gunning for immediate revenge on Tuesday.

Thomas Tuchel said: “We are disappointed and not angry with our performance from the boys. I think the performance is enough to win it. I think today we were unlucky and we’ve never hidden that we need to have that to win at this level. You need momentum, decision making, little details, the referee.

“I think we defended well, counter-pressed well, didn’t allow counter-attacks by one of the best counter-attacking sides in Europe.

“Our decision making in the first half was too hectic, we tried to force the solution. We created two against two and three against three situations that were more promising than we made of it.

“We conceded a goal from nothing. It’s a fantastic goal and a lucky goal. We have a chance from Mason, an offside goal that was very close. We were unlucky today.”