Suleiman IdrisMay 29, 2021 8:24 am 0
Kebbi State Government will review the extant maritime laws, with a view to protecting the lives and properties of marine passengers, accoridng to the State Governor, Senator Abubakar Atiku Bagudu.
Bagudu further said that, the move became imperative in the face of recurring cases of boat mishaps, resulting in the loss of lives and properties of innocent passengers . 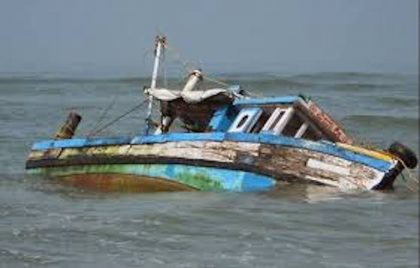 The Kebbi State Governor was informed that, seventy six dead bodies have so far been recovered, following the boat mishap, at Warrah, on Wednesday.
Similarly, the Chairman of the APC Governors’ Forum, said that, no fewer than twenty two victims had also been rescued alive as at today.
Bagudu disclosed this at the Palace of Emir of Yauri, Dr. Muhammad Zayyanu Abdullahi and at the Palace of District Head of Warrah, Sarkin Maginga, Alhaji Abdulmalik Nuhu, in Warrah, Ngaski Local Government,on Friday, when he paid condolence visit to the area, in the aftermath to the unfortunate boat mishap that involved a canoe, believed to have been overloaded with over one hundred and sixty passengers .
He said that, fifty nine of the recovered dead victims were from Warrah town, even as the Governor expressed hope that, more of the vicitms would be rescued alive.
The Governor noted that, Warrah was in the global news, for the past three days, but, for the unpalatable reasons, sequel to the incident .
He said that, the incident was unfortunate and saddening , adding, ” yet, It was ordained by the Almighty Allah.
” The incident drew myriad of sympathies and condolences from across the globe, including President Muhammadu Buhari, Senate President, NASS members, Governors , Traditional, religious and political leaders, among others .”
Bagudu also acknowledged and appreciated the flurry of search and rescue efforts by divers , private boat owners, governmental and non governmental agencies .
While decrying the recuurrence of such incidents , the Kebbi State Governor condoles with the families of the victims, as well as prayed for the repose of the souls of the departed victims , while he also prayed for the quick recovery of the injured victims.
Bagudu called on people, especially boat users and passengers to learn from previous experiences and desist from acts capable of endangering their
lives
YAHAYA SARKI,