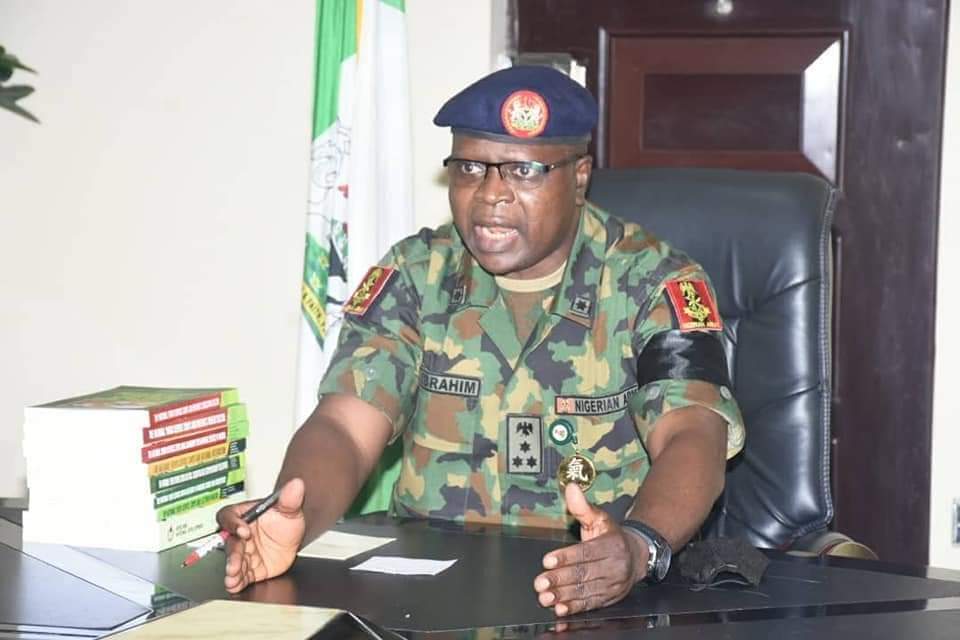 The Director-General of the National Youth Service Corps, Brigadier General Shuaibu Ibrahim has advocated for more engagement with Nigerians on the invaluable contributions of the Scheme to the progress and development of the country.

Speaking during an interview with Voice of America (VOA) in his office today, he said he discovered that there had been a gap in the level of appreciation of the strategic relevance of the NYSC in sustaining the Nigerian project. This according to him essentially informed the constitution of a team of scholars who conducted extensive research and published nine (9) books on the contributions of Corps Members in the critical sectors of the national economy. 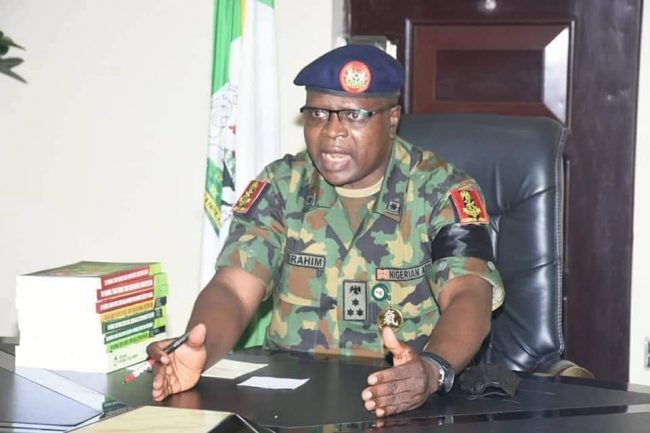 He said the books focused more on the contributions of Corps Members in the spheres of education, health, elections, community development service, skill acquisition and entrepreneurship development, national integration and development among others.
The Director-General also revealed that other advocacy interventions by the Scheme in recent times include; weekly media documentary of the contributions of serving and ex- Corps Members to national development. He expressed delight that the feedback from Nigerians in this regard has been encouraging and commendable.
Ibrahim further expressed optimism that documentation of activities and interventions of the Scheme would continue to attract goodwill and public support by the active involvement of Corps Members in nation building.
The NYSC helmsman said that democracy provides avenues for Nigerians of all shades of opinion to express their views on the success, or otherwise of the Scheme. But, he insisted that the NYSC Scheme is more relevant in addressing contemporary developmental challenges today than it was in the past. He cited the rural posting policy of the Scheme which ensures even distribution of quality manpower in the fields earlier listed.
The DG also described the roles of Corps Members in the fight against COVID-19 as strategic, noting that they facilitated the production and distribution of facemasks, liquid soaps, hand sanitisers, disinfection chambers and procured food items and many other palliatives which were distributed to indigent members of their host communities across the country, free of charge.
He applauded the Independent National Electoral Commission (INEC) for considering Corps Members as adhoc staff in the conduct general elections in Nigeria, stressing that Corps Members are highly educated, neutral, trustworthy and can be held accountable in the process.
General Ibrahim stressed further that the Skill Acquisition and Entrepreneurship Development (SAED) programme of the Scheme is unique as Corps Members acquire chosen skills, access credit facilities to establish their businesses, thus employing others and enhancing national unity, integration and development.
He said Corps Members are positive change agents and role models that encourage the entrenchment of the culture of patriotism and selfless service among Nigerians.

He recalled that it was a Corps Member who taught him History in Secondary School that inspired him to study History and today, he is an Associate Professor of History. He added that majority of the lawmakers are Ex-Corps Members who had positive service year experiences. He expressed gratitude and optimism for their continued support of the Scheme.