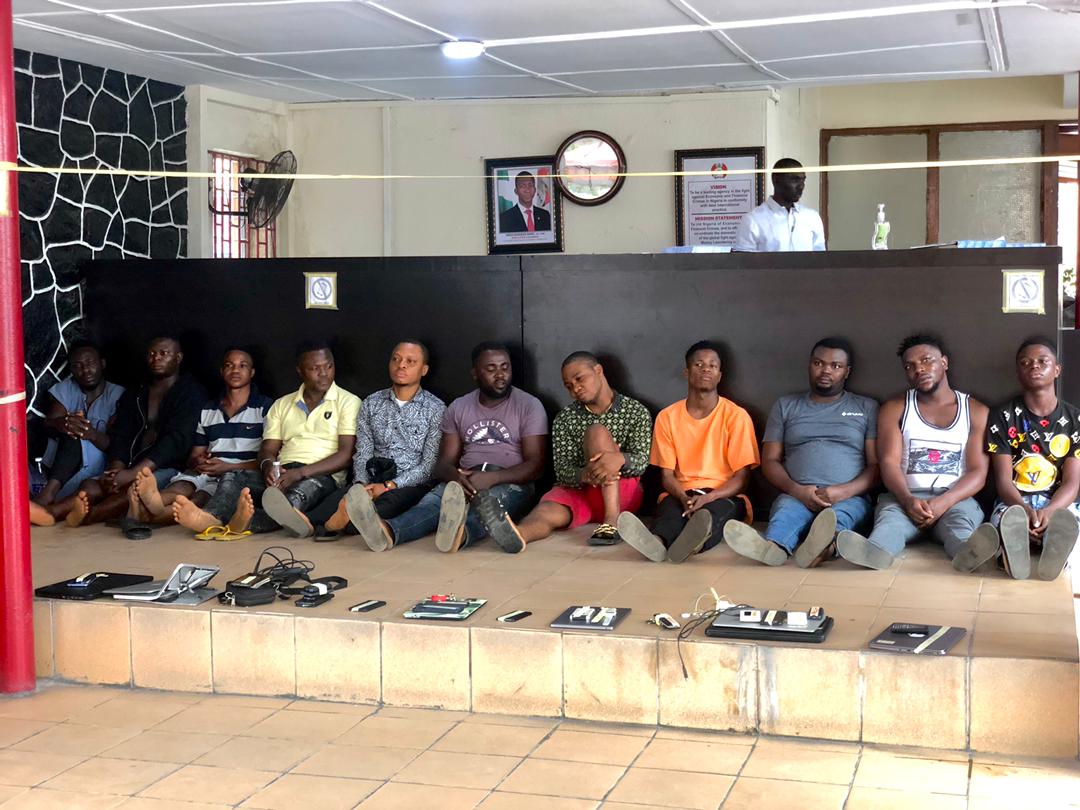 Operatives of the Lagos Zonal Office of the Economic and Financial Crimes Commission, EFCC, have arrested 11 suspected internet fraudsters in Lagos. 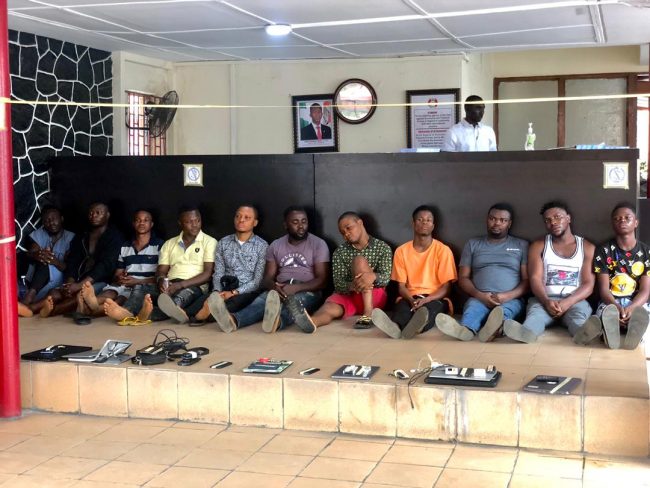 They were arrested on Monday, May 31, 2021 in the Alagbado area of Lagos State, following credible intelligence received by the Commission about their involvement in computer-related fraud.

Upon their arrest, items such as mobile devices, laptops and exotic cars were recovered from them.

The suspects will be charged to court as soon as investigations are conducted.