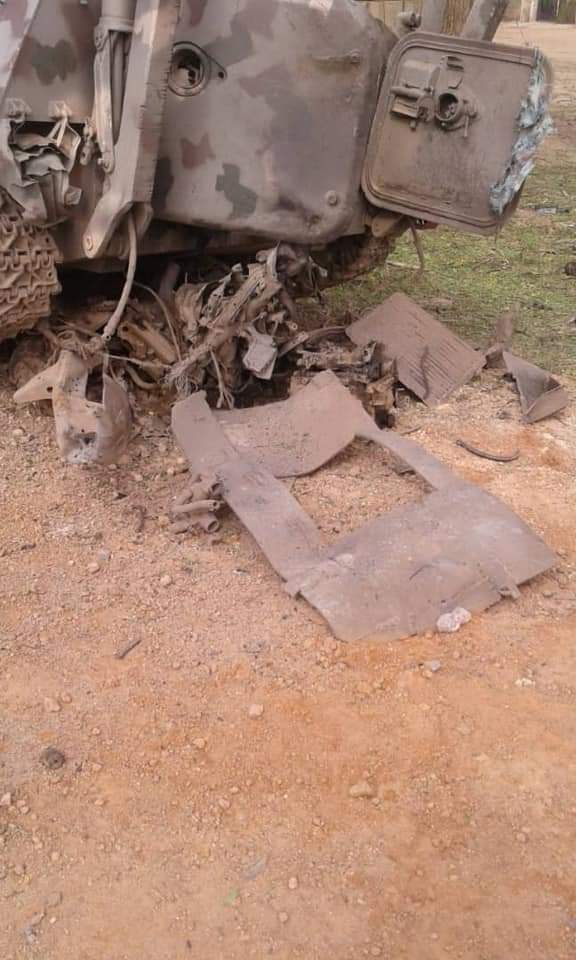 Brigadier General Yerima notes that,Troops successfully defeated the invaders,destroyed the locally fabricated armoured-plated vehicles and killed over 50 ISWAP terrorists,forcing the rest to disintegrate in disarray due to the intensity of the fire power from the troops and Nigerian Air Force attack platforms.

The Chief of Army Staff Major General Faruk Yahaya congratulated the troops including the Air Component for this great achievement.