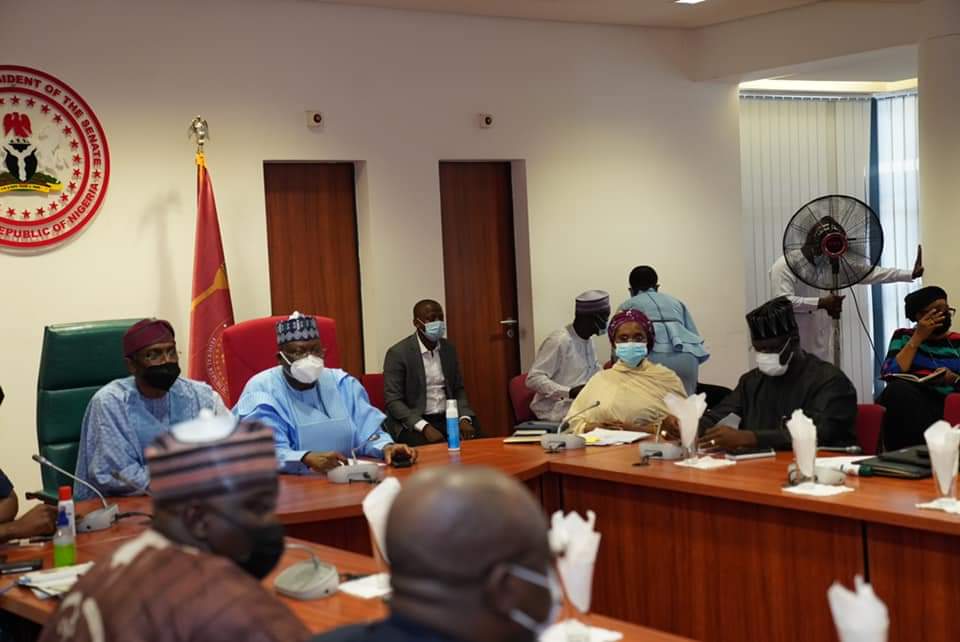 The Hon. Minister of Finance, Budget & National Planning, Mrs. Zainab Shamsuna Ahmed and heads of agencies met with the leadership of the National Assembly on the 2022-2024 Medium Term Expenditure Framework/Fiscal Strategy Paper (MTEF-FSP) on the 5th of July, 2021.

The meeting held as part of a series of consultations and deliberations on the key parameters and macroeconomic projections driving the MTEF-FSP. The Senate President acknowledged that the interaction between the National Assembly and the Ministry on the Framework supports this administrations drive for early presentation of the 2022 Appropriation Bill for September 2021.

It can be recalled that the National Economic Council (NEC) endorsed the MTEF/FSP on the 2nd of July after the presentation by the Minister at an emergency meeting of the council. NEC presided over by the Vice President, had several state governors, FCT Minister, Finance Minister, Central Bank Governor, and other government officials in attendance.