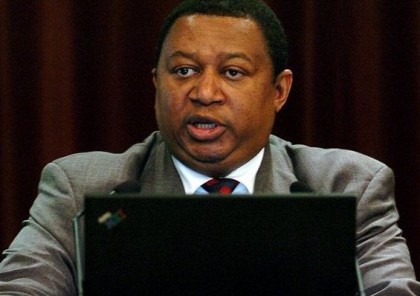 Secretary General of the Organisation of Petroleum Exporting Countries (OPEC),  Mohammad Sanusi Barkindo, is in Nigeria.
Barkindo arrived the country Wednesday night .
Barkindo would hold discussions with  stakeholders in the oil and gas sector as well as community engagements with key players

Meanwhile the OPEC helms man has extended heartfelt condolences of the Organization of the Petroleum Exporting Countries (OPEC) on the loss of life following a fire at the Imam Hussein Teaching Hospital in the city of Nasiriya.
OPEC Secretary General said That the tragedy occurs within three months of the fire at the Ibn al-Khatib hospital in Baghdad and in the midst of the global health pandemic heightens the grief and intensifies the mourning
He urged OPEC members To keep the victims, the Government and the heroic people of Iraq in prayers during this difficult time.
Barkindo says It is challenging to find the appropriate words to convey sadness given that the majority of victims of the fire were patients being treated for COVID-19
He commended The doctors and nurses treating the sick and the firefighters combating the flames saying they are heroes who deserve respect.
OPEC he says is proud that Iraq is one of Its Founding Members, as well as the birthplace of the Organization , stressing that
OPEC remains indebted for the extensive and unique contribution Iraq has made to Its successes over the last 61 years.