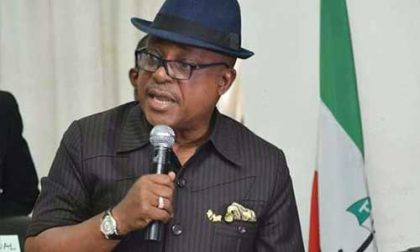 “Once again we say thank you to the Supreme Court”.

These are the words of the National Publicity Secretary of the Peoples Democratic Party Kola Ologbondiyan while reacting to the split decision of the Supreme Court Judgement that upheld the election if Rotimi Akeredolu as the Governor of Ondo State.

Correspondent Timothy Yusuf reports that the PDP however urges its members in Ondo state and Nigeria at large not to allow the development make them lose hope but to remain calm and law-abiding in the general interest of the nation.

NEWER POSTUsman bids farewell to Gov. Sani Bello as he takes up new posting
OLDER POSTUnited States Welcomes the Arrival of the A-29 Super Tucanos