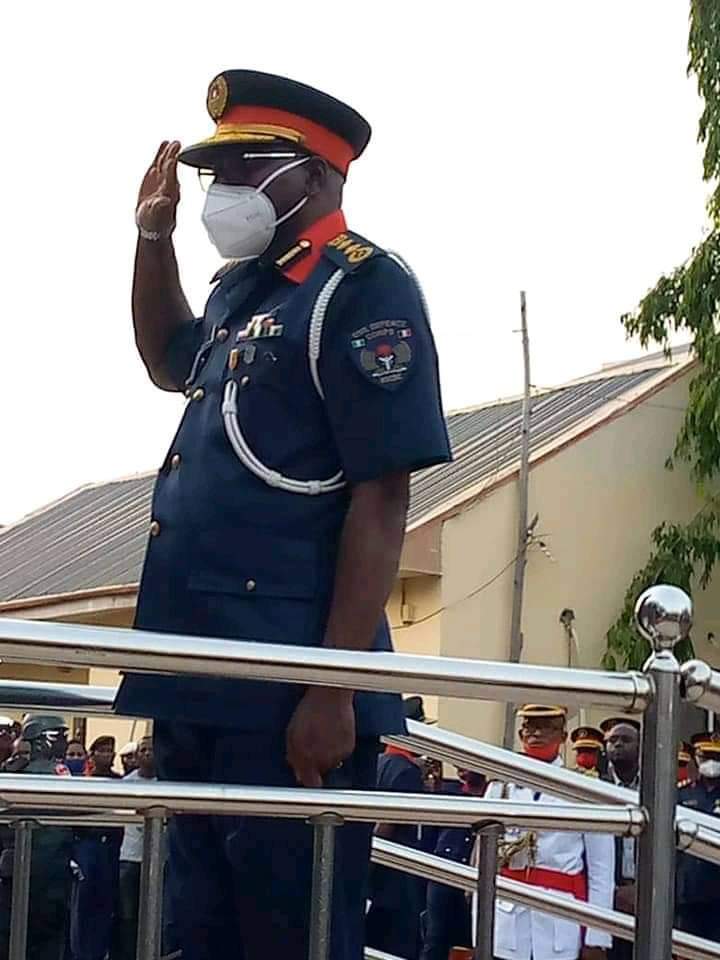 The Commandant-General of the Nigeria Security and Civil Defence Corps Dr. Ahmed Abubakar Audi, mni has assured Officers and Men of the Corps of timely promotion and credible deployment in his bid to rejig, revamp, rejuvenate and reposition the Corps.

He gave the assurance while addressing the personnel of the Corps during his review of the first Muster Parade at the National Headquarters in Abuja. Dr. Audi frowned at the irregularities around promotion and posting of Officers and Men before his assumption of office and directed that nominal roll of personnel who have been stagnated for five (5) years and beyond be compiled with a view to correcting the abnormally thereby ensuring fairness and equity for all deserving personnel.

While speaking with the Personnel on his policy direction, he expressed his determination to re-ignite the passion for the job by rewarding hard work and diligence through promotion and other forms of motivation as he vowed to deal decisively with anyone found exploiting officers and men for Promotion and postings.

Dr. Audi said he is aware of the backlog of unpaid promotion arrears and would stop at nothing to ensure payment in due course. He informed the personnel that effort is in progress to represent the matter to relevant authorities for consideration, reiterating that henceforth, promotion of personnel will attract corresponding salary increment in his own time and not the other way round.

While stressing that his assumption of office was not to lead a section of the Corps but to run an all-inclusive administration. The Commandant-General charged Officers and Men to see themselves as members of one family therefore must shun all forms of religious bigotry and ethnic jingoism. He assured of his commitment to develop structures and training strategies that would contribute to National Security by deploying modern technology to combat criminality and all forms of insecurity in the Country. He charged personnel to ensure work efficiency, humility and integrity in service delivery with fresh zeal to implement the operational concept of the Corps.

The NSCDC top Boss used the occasion to congratulate women across the globe on the occasion International Women’s Day, highlighting that throughout history, the central role of women in the society has ensured the stability, progress and long-term development of Nations. He commended the selfless commitment, untiring efforts and inestimable contributions of female officers of the Corps to the attainment of the mandates of NSCDC. He said this explained why his administration would invest heavily in capacity building of female personnel with a view to creating a formidable female Corps that can compete favorably with their counterparts all over the World.

Dr. Audi emphasized that the Corps will translate its comparative advantage as a grass root security Organization which wines and dines with the people given its presence in the 774 Local Government Areas, districts and cells which gives the Corps access to timely information and credible intelligence towards winning the war against insecurity.

He assured the Federal Government of his plans to harness the potentials of the Corps, which has a distinctive advantage over and above other services having enjoyed rigorous training and capacity building Programs organized by other agencies such as Army, Police, Correctional Service, Department of State Security (DSS), National Intelligence Agency (NIA), Nigeria Immigration Service (NIS) among others