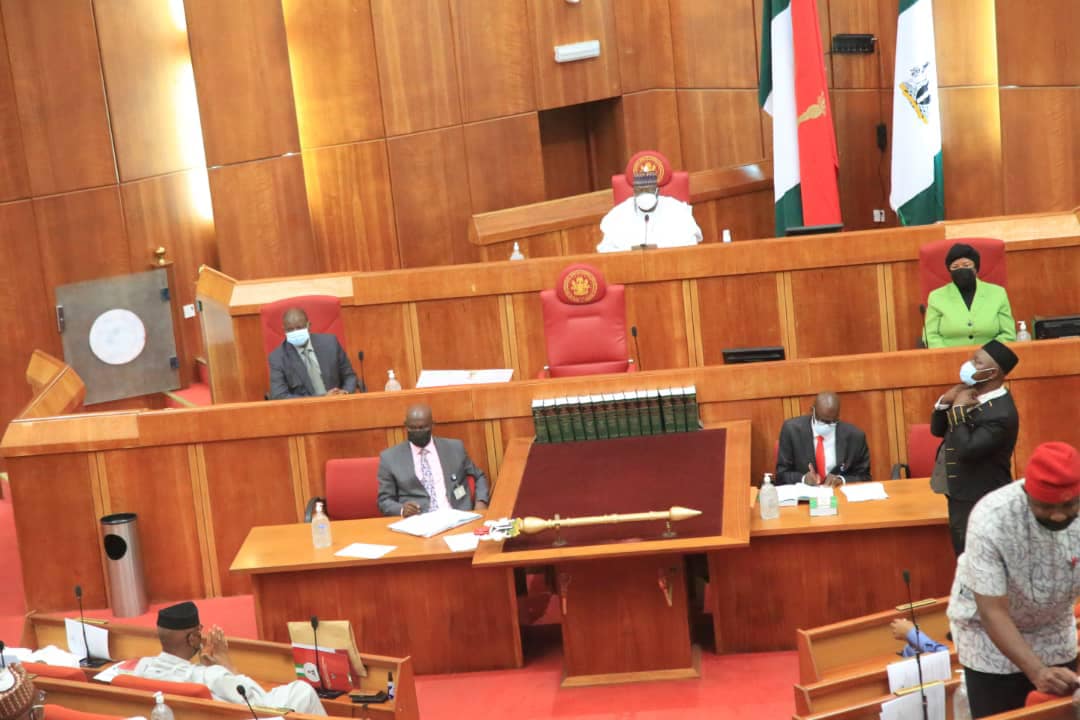 The Senate has resolved to carry out an amendment of the Nigerian Constitution to expunge any aspect that infringes on the rights of women.

This followed a motion by senator Betty Apiafi in commemoration of the 2021 International day of women which also harped on the need to dismantle cultural impediment to women emancipation.

The motion called on employers of Labour in Nigeria to ensure gender parity in the workplace while urging the 9th National Assembly to domesticate all treaties on Gender Parity by the African Union.

The legislators observed that the mainstreaming of the role of women in National affairs is key to National development.

Meanwhile, Senate has called on the National Emergency Management Agency, the Ministry of Humanitarian Affairs, Disaster Management and Social Development and all concerned authorities to access the extent of damage in the recent herders/farmers conflict in Ogun state and put measures in place for the provision of relief materials and repatriation of those who sought refuge in neighbouring countries.

This is sequel to a motion by Senator Tolu Odebiyi while the motion by Senator Bala Ibn Na’Ala called for the establishment of IDP camps in areas in Kebbi state witnessing an influx of Internally displaced persons from neighbouring states.