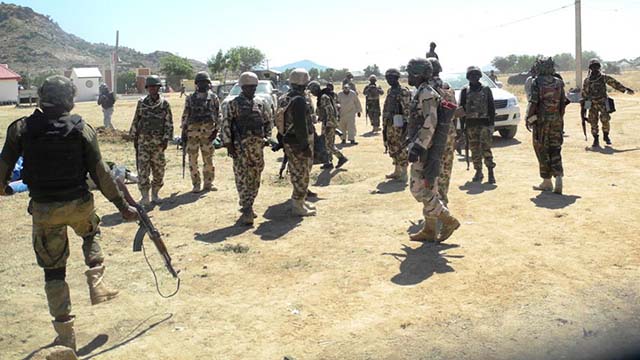 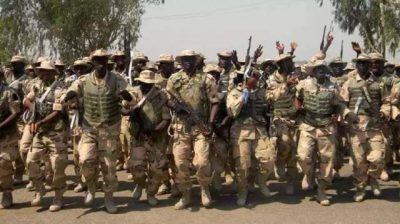 The Nigerian Army says troops of Operation Hadarin Daji successfully thwarted a kidnap activity of bandits, by killing scores at Kabasa village in Magami Local Government of Zamfara on Tuesday.

The Director of Army Public Relations, Brig.-Gen. Mohammed Yerima, announced this in a statement on Friday in Abuja.

Yerima said that troops of Sector 3 stormed the village following a credible tip-off about the bandits’ attack on the local residents.

He said the timely arrival of troops forestalled a deadly kidnap and plundering operations by the bandits.

Yerima added that the bandits were swiftly engaged by troops who successfully neutralised scores while others escaped into the forest with bullet wounds.

According to him, one soldier paid the supreme sacrifice while three others who sustained various degrees of injuries during the encounter are receiving medical treatment.

Yerima said that the troops had dominated the general area with aggressive patrols as well as further exploitation and pursuit of the bandits into the forest.

The spokesperson disclosed that troops also responded to a distress call that bandits were attacking Gidan Goga village in Maradun Local Government Area of the state.

He said that troops swiftly mobilised to the area and engaged the bandits with superior firepower, killing three while others fled with gunshot wounds.