Some farmers in Gombe State have commended Federal Government’s massive investments and interventions in the agriculture sector.

They gave the commendation in separate interviews with the News Agency of Nigeria (NAN) in Gombe on Saturday, while reacting to President Muhammadu Buhari’s address to commemorate Democracy Day Celebration. 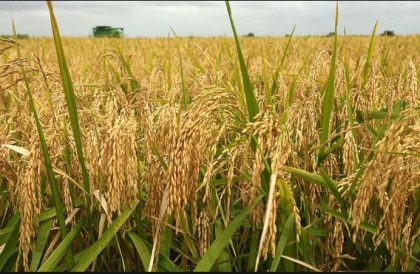 Umar Ibrahim, a rice farmer said the president’s address renewed his hope that the agriculture sector would return to its glory days of the pyramids.

Ibrahim said the present administration had invested resources to empower farmers, giving them the capacity to cultivate crops in large quantities.

“As a farmer and beneficiary of agric loans under the Anchor Borrowers Programme; I can testify that I have benefitted from Federal Government’s intervention which has really helped me to expand my farmland and increase rice cultivation.’’

Alhaji Musa Arab, another rice farmer and miller told NAN that the policies of government had helped to boost local consumption of agriculture produce in the country.

Arab said the intervention had created a lot of direct and indirect jobs through the cultivation, milling and marketing of rice in Gombe state.

“I started with less than ten workers but now I have engaged more youths who are working in my rice mill, “this is the effort of the Federal Government. There are hundreds of milling companies springing forth, daily.

“If there was no market, this won’t happen. This is why we commend President Buhari  for closing the border against rice importation and stopping foreign exchange for rice importation.

“ The Federal Government has done well for farmers in Gombe State and we are very happy,’’ he said.

Mohammed Kwadom said the recent launch of the rice pyramid in Gombe State was a sign that the Federal Government was on the right track and “we farmers will remain grateful to the  president.’’

Kwadom, however, appealed to Nigerians to support the Federal Government in efforts to address some of the security concerns so as to sustain the achievements made so far in agriculture.

NAN reports that President Buhari in his Democracy Day Address, said the Anchor Borrowers Programme resulted in sharp decline in Nigeria’s major food import bill from 2.23 billion dollars  in 2014 to 0.59 billion dollars by the end of 2018.