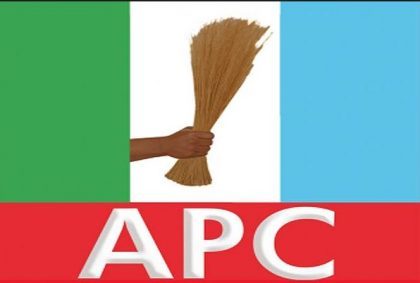 Governor Sani Bello in an exclusive interview, described the defection of his counterpart as a right step in the right direction pointing out that it will strengthen the ties between Niger and Zamfara States particularly on security issues affecting both States.

He also said that Matawalle’s decision is a testament that APC is waxing stronger and will coast to victory in the next general elections.

Earlier, the Caretaker Committee Chairman congratulated the new member into the Party and commended his decision to join the ruling party and assured him of all the needed support.

Governor Matawalle who expressed excitement to be part of the ruling Party, called on all the people of Zamfara to join APC for the peace, progress and security of the State.

The event was attended by a huge crowd of elated party supporters and well wishers.

Governors of Plateau, Kogi, Katsina, Kaduna, Kano, Borno, Ogun, Jigawa, and Kebbi State, Secretary to the Government of Federation Boss Mustapha and Minister of Humanitarian Affairs, Sadiya Umar Faruq were among the dignitaries at the rally.