Gov. Inuwa Yahaya of Gombe State has expressed excitement at the award of Best State for Ease of Doing Business given to the state. 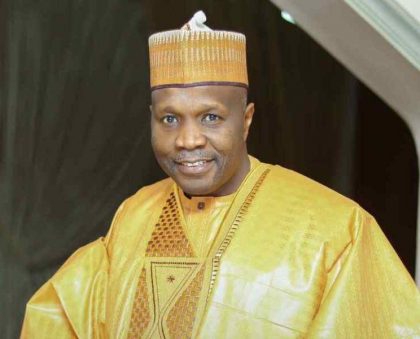 The award was presented to Yahaya by Vice President Yemi Osinbajo.

The governor said that the award would encourage him to do more in terms of supporting small businesses.

“I feel elated and I feel really satisfied and delighted that the efforts we are putting on ground have been recognised to the extent that we have been picked to be number one state that has provided enabling environment for businesses to thrive.

“It is very fulfilling, very rewarding and I think it will stir us to do more so that our people will feel the impact of what the Federal and state governments are doing to support MSMEs and businesses at large.

“I think for some many reasons that the youth have been identified to pick these awards but more importantly, even among the winners and the youth, it is the women that got the most.’’

According to him, the Gombe State government is putting efforts deliberately in order to identify the most vulnerable and  most engaging people that have the ability to uplift the country and move it forward.

He said his administration had given special attention to removing the hiccups and normal bureaucracy that stopped the proliferation of small businesses.

“We are putting special funds in order to support MSMEs and taking power, electricity, which is very essential for the success of businesses in order for them to thrive and giving them the protection and security; that is very essential in the normal business setting.

“So, we have been doing all that and have been getting the Federal Government support in this regard,’’ he said.

In all, 13 categories of awards were presented at the 2021 National MSMEs awards.(NAN)