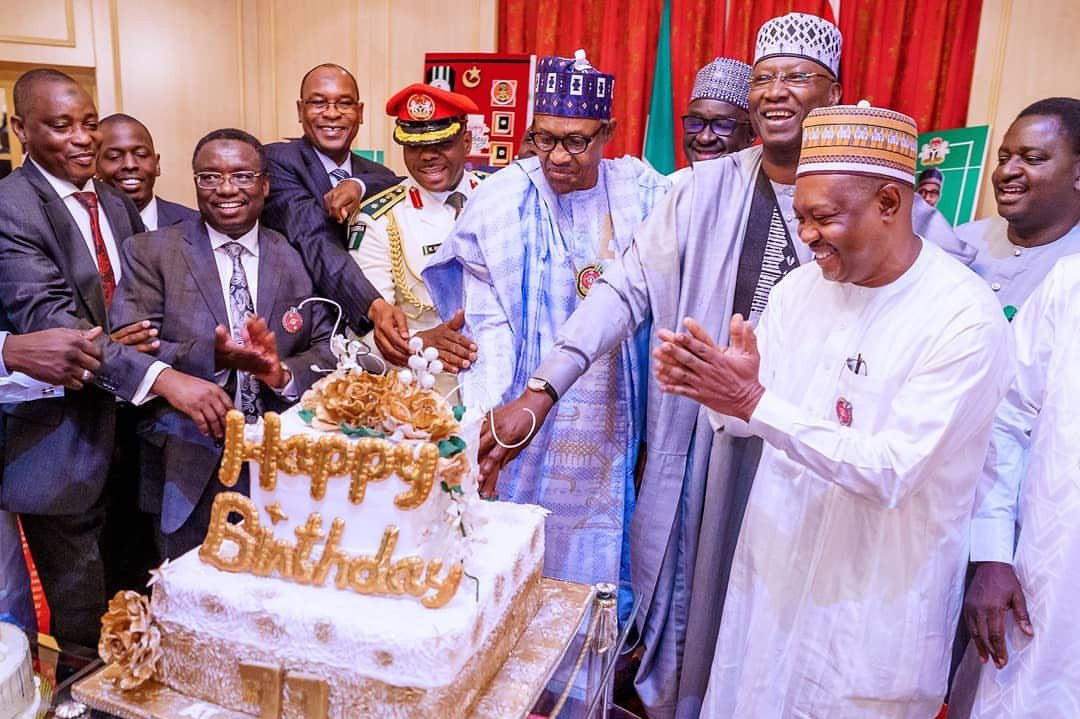 As President Buhari Clocks 79, A Focus On Achievements, Challenges 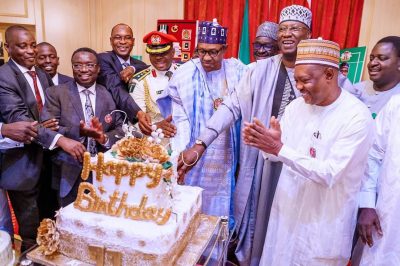 President Muhammadu Buhari is set to mark 79 years on Friday 17, without the joy of being with the family and the country he governs,and seeking to maximize bilateral benefits in critical areas of Nigerias safety, survival and economic development in a distant country, Turkey.

It is noteworthy that as President in the last six years, President Buhari
has had several achievements to his credit, although there are also challenges that need to be met in the remaining 15 months of his administration.
As with all the countries around the globe, the coronavirus pandemic has thrown the biggest challenge, for the obvious reason that it kept under attack, not only the health of citizens but the economy and environment.
In the last two years, President Buhari has led a government that put in place an effective mechanism to check the spread of the pandemic.
He gave the experts the latitude of freedom and resources to lead the nation out of the crisis, and although new cases and deaths are rising lately and a fourth wave is being feared in many quarters, the proven competence of our administrators, gives the reassuring solace that nigeria will sail through, with the increased awareness about health and hygiene.
Furthermore, the President was handed an economy in 2015 just on the verge of a recession, compounded by the fall in oil prices occasioned by global recession.
BUT the new administration surprised itself by pulling the economy out of recession in less than two years through careful handling and management.
furthermore, the current and projected economic growth figures are quite encouraging and if measures to curb the existing high food inflation work well as they should; unemployment figures which are officially at 34 percent will be forced downwards through growth, particularly in ICT, agriculture and solid minerals.
Exports are increasing in volume, setting a clear tone that the nation is set for a leading role in the African Continental Free Trade Area (AFCTA).
Agriculture growth could be attributed to bumper harvests in rice and other agricultural communities which have been aggressively promoted by the lending schemes put in place by the Central Bank of Nigeria and other commercial banks,and the revival of the fertilizer industry currently results in the employment of thousands saving 200 billion dollars in import bills and more than N60 billion in government subsidies.
The APC government led by President Buhari has been challenged by the worrisome activities of bandits, now classified as terrorists and the incidents of attacks on communities especially that which pitches farmers against herders.
The government’s strategy in dealing is to address the insecurity and then deal with scarcity of land.
meanwhile, Additional police and military units have been deployed to the affected states to address the issue, with noticeable successes.
in line with this, The National Livestock Transformation Plan remedies this through a phased transition from herding to ranching to allow both parties to recognise for themselves the solution. Notably, a majority of the states-which control land- and the major farmer and herder associations have welcomed the initiative.
it is noteworthy that Boko Haram which is now reduced to a shell of its former self now holds no territory and not a single militant incident has been recorded for years in the Niger Delta.
recall that The main reason said to have caused the defeat of the PDP in 2015 was corruption, but The present administration has so far presented a corrupt-free image of itself.
The previous government came under huge criticism for scandals like that discovered in arms procurements in the office of the National Security Adviser (NSA); NNPC crude oil thefts, broadband spectrum licensing scandal, oil subsidy scam and so many others.
for example, former Minister Diezani Allison-Maduekwe who has so far forfeited cash denominated variously to the Federal Government: USD 153 million, N23.4 billion, and USD 4m and USD 5m in separate counts; a former Director-General of Nigerian Maritime Administration and Safety Agency (NIMASA) forfeited GBP 578,080, and the Ikoyi Apartment Owners from whom USD43.4m; N23m and GBP 27,800 were recovered are part of the success of the war against corruption.
Also, the hidden owner of the N449.6 million cash, in Lagos, is still unable to step forward to say its mine; the ex-Naval Chiefs who have forfeited N1.8 billion; the Governors Forum which surrendered N1.4 billion and the major oil marketers, from whom the EFCC has so far seized N328.9 billion.
Banks too gave back N27.7 billion that they ate, just as the scammers in INEC who coughed out N1 billion all tell a story of the success of the war against corruption under Buhari.
These include the biggest tax revolution since independence, VAIDS, now being implemented, and which many rich citizens are made to pay outstanding taxes; the Integrated Payroll and Personnel  Information System (IPPIS), the Treasury Single Account (TSA) and the Open Treasury Portal all tell the citizens how it is being spent.
In the last six-and-half years, President Buhari has taken historic decisions like signing into law, the Companies and Allied Matters Act (CAMA) the Climate Change law and the Petroleum Industry Act (PIA).
Yet another jinx broken was the very recent decision for an out-of-court settlement of the dispute involving a businessman and the government of Nigeria that had prevented the take-off of the Mambila Hydro Electric Power Project, a development that may see it leave the drawing boards after nearly 50 years.
Politicians seeking political capital in the prevailing security situation in the country have a shock waiting for them because this one is a way President Buhari is determined to win before he leaves office in 2023.