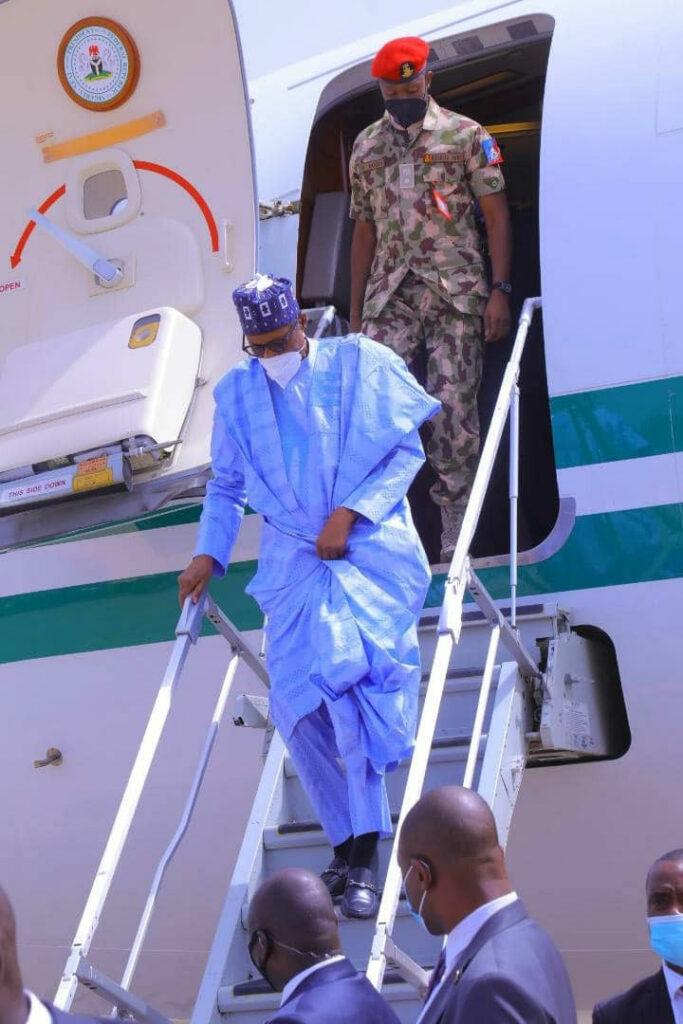 …..State House Correspondent Adamu Sambo restarts that the visit is the second time in Six months.
The President who accorded a befitting reception at the Maiduguri International Airport has already inaugurated 0tiental Energy Resource Aircraft Hanger within the vicinity of the Airport.
It was constructed by an elder statesman and Maiduguri based philanthropists Alhaji Mohammadu indimi.
During the visit the President is also expected to inaugurate several other projects
They include a Memorial Day Secondary school, 10km dual carriageway, customs roundabout and fly over constructed by the state Government as well as a centre for distance learning at the University of Maiduguri.
The Nigerian leader will also pay a courtesy visit to the Shehu of Borno and address troops of operation Hadin Kai fighting insurgency in the North East Theatre of operations