President Muhammadu Buhari on Tuesday in Abuja conferred the Nigerian National Order of Merit (NNOM) Award for years 2020 and 2021 on three Nigerians who distinguished themselves in the field of medicine and science, expressing the belief that Nigeria’s collective future rests on active participation in science and technology.

He said the nation would continue to celebrate and trumpet the scholars’ achievements as a shining example worthy of emulation by the upcoming young men and women in the country.

”Please endeavour, at all times, to serve as beacons of hope and aspiration for the younger generation of Nigerians, reminding them that our survival and collective future as a nation ultimately rests on our being active participants in global developmental efforts, especially in science and technology,” he told the recipients. 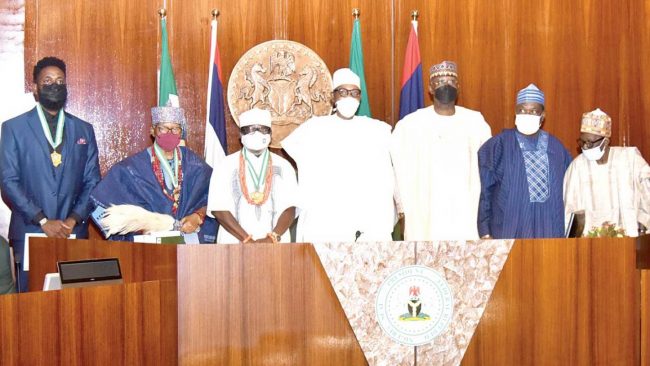 The President noted that since the Nigerian National Merit Award (NNMA) was established 43 years ago, the addition of the three recipients would bring the total number of recipients to only 79, confirming the high standards of the Award and undeniable testimony of the strict adherence to quality and the merit-driven evaluation procedure for selecting laureates.

The president recounted that the total lockdown of the country, in 2020, made it difficult for the assessment process to hold then but was later held concurrently last year alongside the 2021 applications.

Recognizing families, friends, associates and well-wishers, who were present at the Council Chambers in State House to share the joy of the awardees, the President enjoined youths in the country to emulate the good works of the laureates by dedicating themselves to ”excellence and strive to contribute their quota to the arduous task of getting Nigeria on the top bracket of outstanding nations.’‘

The President also congratulated members of the Governing Board of the NNMA under the Chairmanship of Prof. Shekarau Yakubu Aku, as well as members of the Four Specialized Committees of Assessors and External Assessors for their integrity and transparency, and for the excellent work they have done.

The President stated on the works of the NNMA, ”The noble idea of constituting the Assessors Committees, whose membership is not disclosed to the public, ensures credibility that could be emulated by other Government Agencies performing similar functions. The fact that transparency and love for the Nation have been the hallmark of your stewardship is well borne out by the fact that the NNOM Award is one of the enduring national legacies that are held in high regard globally and nationally and your decisions have been well acclaimed and controversy-free over the years. Let me assure you that the Government and People of Nigeria appreciate your efforts and I enjoin you all to keep up the good work.”

On the request of the Chairman of the Governing Board over the dwindling budgetary allocation to the Agency and how it is constraining the agency in carrying out its mandatory functions, President Buhari promised that the Federal Government would provide special intervention as was done in the year 2020 to the NNMA, within limited resources available.

Acknowledging the focal place that NNMA occupy and the calibre of all laureates produced by the Agency, the President assured that the Federal Government would do everything possible to maintain and sustain the Agency.

”I wish to reassure you that this Administration is fully committed to giving the NNMA the recognition that it deserves, by immortalizing its recipients who have taken this country to greater heights both in Nigeria and in the Diaspora. We are a nation keen on fostering excellence across the board and we will continue to celebrate those who have attained measurable levels of excellence in their professional life, ” he said.

The Minister of Special Duties and Intergovernmental Affairs, Sen. George Akume said the three intellectuals emerged winners for the 2020 and 2021 Award after the selection process, from the over 1,200 applications received by the NNOM Governing Board during the period under consideration.

”It is important to state that Prof Charles Ejike Chidume died after he was selected and recommended for approval to Mr President and he will be given the award posthumously,” he said.

The Minister called on Nigerian universities to rise up to the challenge and continue to lead in innovative research targeted at providing solutions to the myriad of problems affecting the country, especially post COVID-19 era.

In his remarks, the Chairman NNMA Governing Board, Prof Aku announced that recipients of the prestigious award bestowed by Nigeria on its citizens for creative, intellectual and academic contributions that are of national and global importance receive a cash reward of N10 million each.

The recipients of the award are divided into four areas- Medicine, Science, Engineering and Technology, and the Humanities, including Education and Culture, Prof Aku said. 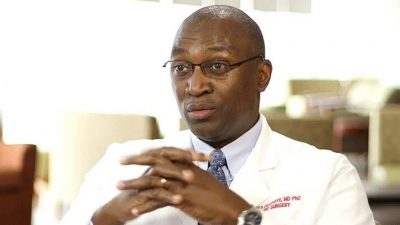 Prof Olutoye, the recipient of the 2020 NNOM Award for science, is credited to have led a team that performed ground-breaking surgical procedures on foetuses before they are born. In 2016, in a feat that has been hailed as the first by an African, he performed a surgical procedure on a foetus with a sacrococcygeal teratoma, which is a tumour that develops before birth and grows from a baby’s tailbone.

Olutoye received his medical degree at the University of Ife (now Obafemi Awolowo University, Ile-Ife) in 1988 with distinctions in anatomy and pathology, interned at the Lagos State University, before proceeding to the United States for specialised training in surgery.

He is currently the Surgeon-in-Chief at the Nationwide Children’s Hospital in Columbus, Ohio, United States. 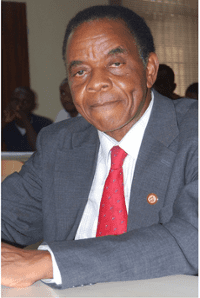 Prof Chidume, the recipient of the 2020 NNOM posthumous Award for science, was the Acting President of the African University of Science and Technology, Abuja before his demise on October 7, 2021. 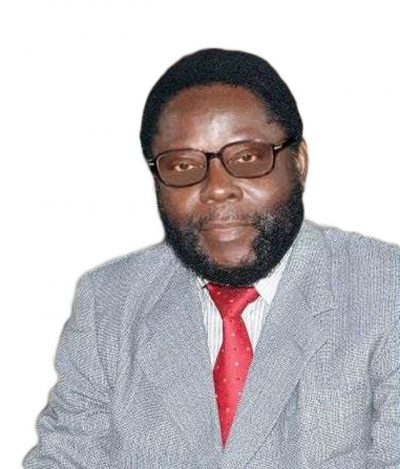 Prof Ekhaguere, the recipient of the 2021 NNOM Award for science, is a professor of Mathematical Physics.

He created and pioneered the theory of Quantum Stochastic Differential Inclusion (QSDIs) that has greatly improved the entire Science Community’s understanding of those pathological quantum systems whose governing equation involves discontinuous coefficient.