Barkindo received the award in a high-level gala dinner hosted by Egypt Petroleum Show (EGYPS) 2022, which is ongoing in Cairo. 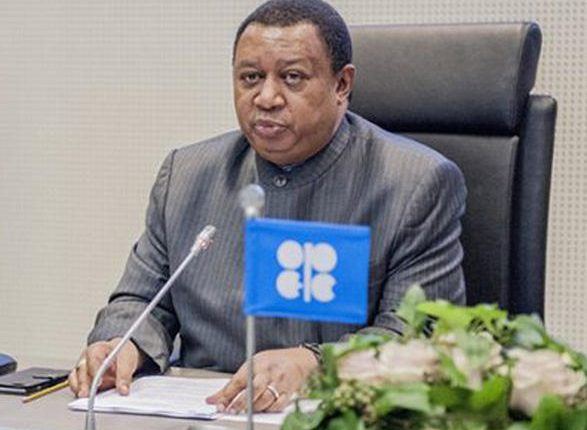 The Secretary General applauded the exemplary leadership and vision of Abdel Fattah El-Sisi, President of the Arab Republic of Egypt, and Tarek El-Molla, Minister of Petroleum and Mineral Resources.
He congratulated them for successfully hosting the fifth edition of the event.
Barkindo whose tenure will wind up August was quoted as saying , “It has been the honour of a lifetime for me to serve as OPEC Secretary General. I count myself lucky to have been a witness to many historic moments and events in the last six years. The experience has confirmed for me, more than ever before, that nothing can be accomplished without teamwork,” end of quote.
Under his leadership OPEC has helped the oil industry navigate some choppy waters over the last six years and taken action that ensured the survival of the industry.
He attributed this to the combined work of Member Countries