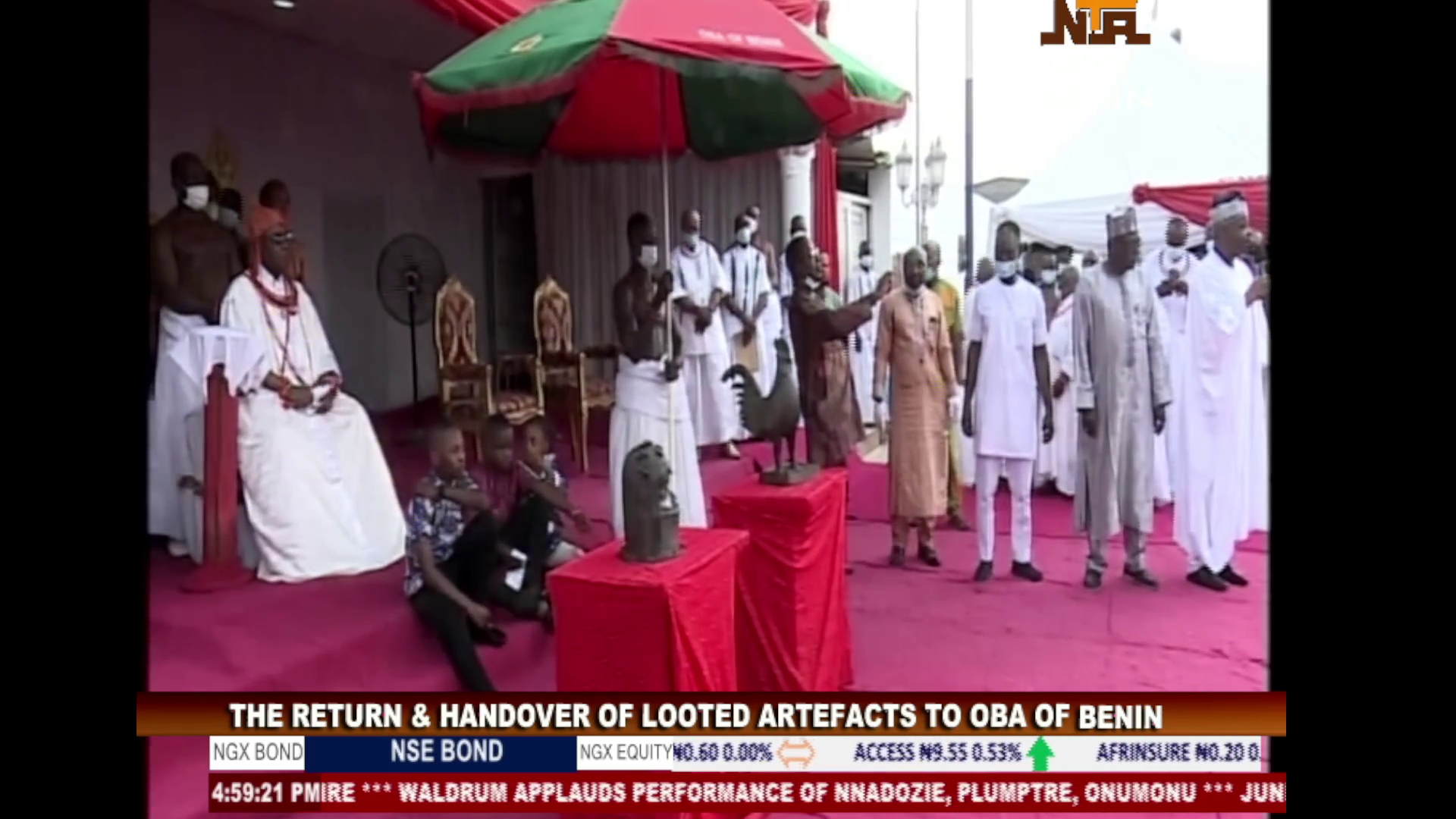 Two artefacts; a cockerel and bronze head of the Oba taken from Benin Kingdom in 1897 have been returned to Nigeria and handed over to the Oba of Benin. 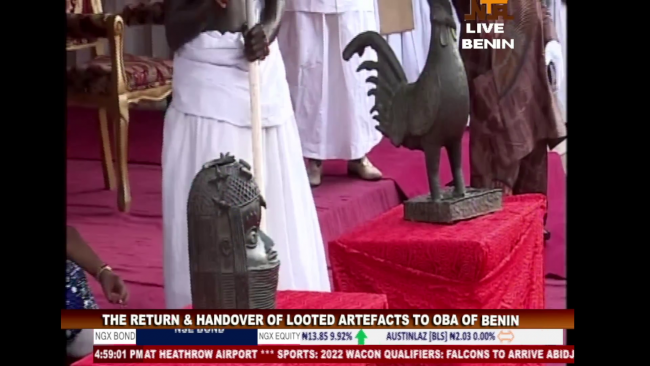 Both artefacts are among 10 thousand artefacts stolen from Nigeria and scattered in165 museums across the world.
A delegation of the Oba of Benin had in 27 and 28 October 2021, visited the two Universities in the United Kingdom to begin the repartriation formalities for the artefacts. 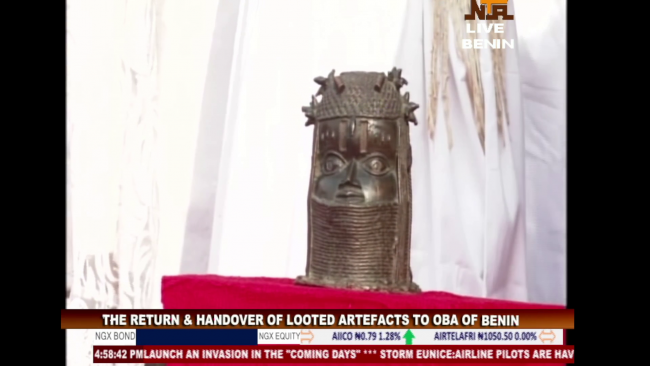 The official hand over is considered as an historic event that marks the correction of past mistakes and the support of the government of the United Kingdom for granting export licences for the repartriation of the artefacts at no cost to Nigeria. 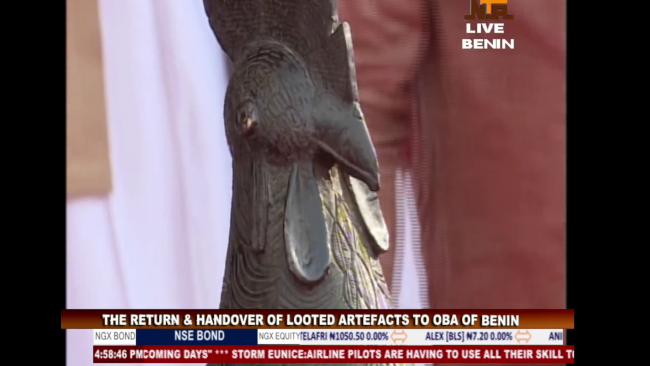 The artefacts were formally received by Oba Eware the second, on behalf of the Benin Kingdom.

NEWER POSTNCoS: No Ban on Religious activities in custodial centers
OLDER POSTNigerians are the Top Two MMA Fighters in the World