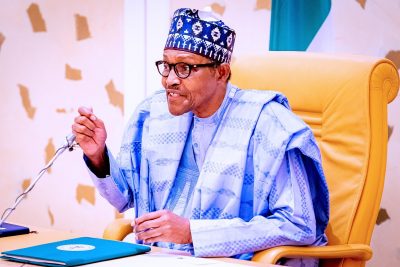 Authoritative Presidency sources confirmed that the President would be performing his duty of assenting to the bill around 12pm.

Public anxiety had mounted, in the last few weeks, over President Buhari’s delay in assenting to the re-amended bill, as some members of the public as well as some critical stakeholders have already concluded that he is withholding assent again.

The National Assembly transmitted the Electoral Act Amendment Bill 2021 to President Buhari on January 31, a second time, having reportedly revised the bill, which he withheld his assent to for some noted reasons.

However, the President has yet to assent to the re-amended bill more than 20 days after it was transmitted to him, though he constitutionally has a 30-day window within which he is mandated to either assent or state reasons for not doing so.

Sources close to the office of the President, however, revealed that arrangements had been finalized for the President to sign the amendment bill into law on Friday, finally putting all anxieties to rest.

The source, who spoke on conditions of anonymity, said “all these anxieties will disappear by Friday afternoon.

”He will be signing the bill around noon of that day.

“I believe he has taken his time so that the Act can be as unassailable as much as possible.”

President Buhari had withheld his assent to the bill in November 2021, citing the cost of conducting direct primary elections, security challenges, and possible manipulation of electoral processes by political players as part of the reasons for his decision.

He, however, gave some conditions to give his assent, prompting the lawmakers to re-work the bill which initially led to the emergence of two versions from the green and red chambers of the assembly.