The Sultanate council Advisory committee on Religious Affairs in conjunction with the National moon sighting committee did not receive any Report from various moon sighting committees across the country confirming the sighting of the New moon of Shawwal 1443 After Hijarah, which is 30th April, 2022 which coincides
With
29th of Ramadan 1443 after Hijarah.
This is contained Ina statement signed the chairman Advisory committee on Religious Affairs, Sultanate council sokoto, professor Sambo Wali Junaidu. 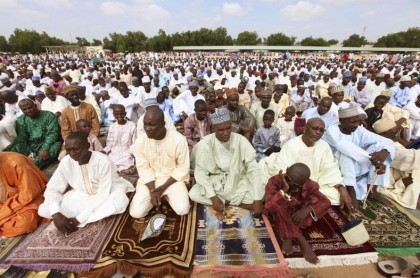 The statement said, the sultan of sokoto Muhammad Sa’ad Abubakar and president General supreme council for Islamic Affairs has accepted the report and declared Monday, 2nd MAY 2022 as the first day of Shawwal 1443 after Hijarah and serves as Edil-fitr Day.
His Eminence felicitate with the Nigerian Muslim Ummah and wishes them ALLAH’s guidance and blessings.
While urging the Muslim Ummah to continue to pray for peace, progress and Development of the country, he also wishes all Muslims a happy Edil-fitr.