Nigeria to fly at half mast in honour of Queen Elizabeth

The Federal government has directed that Nigerian flags in the country and at other diplomatic missions across the globe to fly at half mast from Sunday 11 and Monday 12 September In honour of the memory of Her Majesty Queen Elizabeth II, who died last Thursday 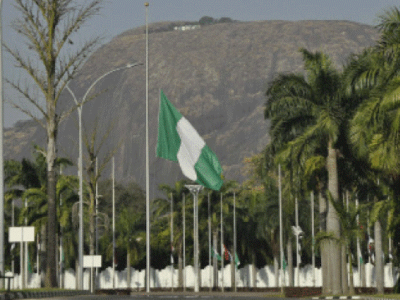 In a statement by Ministry of Foreign Affairs the decision is to special mourn the British Queen who was also leader of the Commonwealth of Nations community
The statement added that the Queen was an iconic leader who exhibited great strength of purpose throughout her reign in the United Kingdom and as Head of the Commonwealth.
She fostered great stability and unity amongst nations.
Under her leadership, Nigeria and Britain enjoyed exceptionally warm relations making Britain as home to a large number of people of Nigerian origin thriving in different walks of life