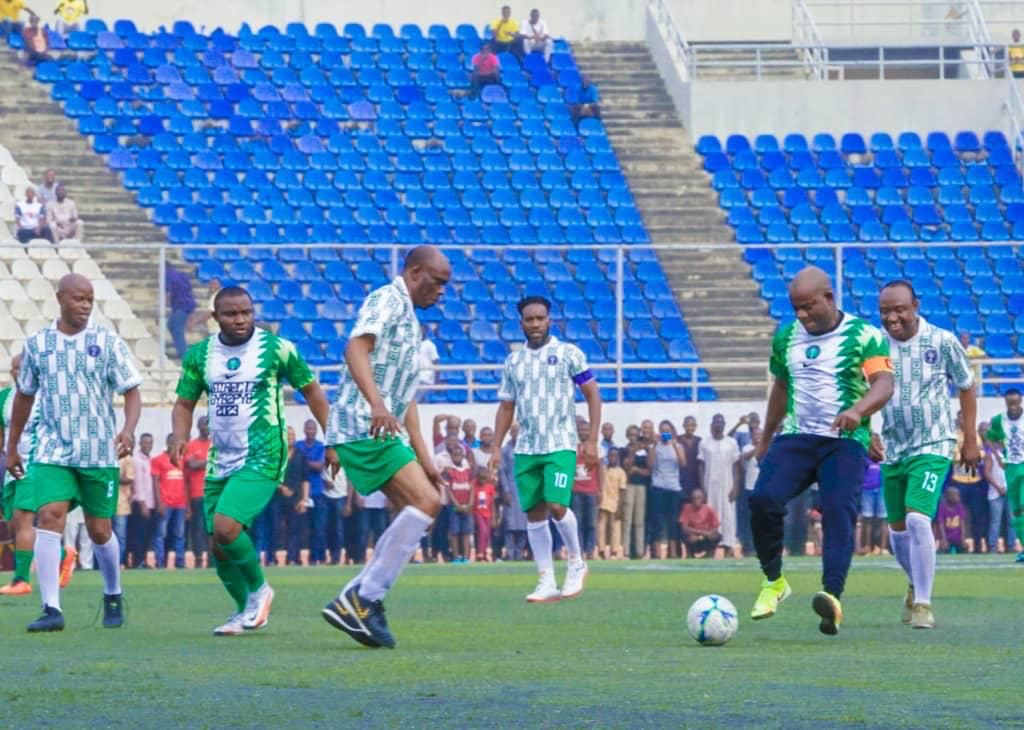 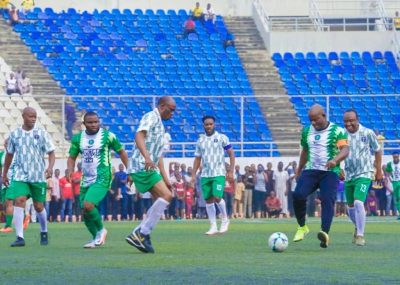 A sports consultant and popular Nigerian sports broadcast journalist, Miss Sylvia Iwong Ugi, and her Managing Partner Dr. Hassan Abdulrahman have conveyed a message of felicitations from the Super Eagle’s legends to the Executive Governor of Kogi State, Alhaji Yahaya Bello, on his appointment as National Youth Cordinator of the Tinubu/Shettima Presidential Campaign Council.

In a statement to the press in Amsterdam Netherlands, Miss Sylvia congratulates the Governor on the appointment, stating that the legends of the Nigerian Super Eagles received the good news with gratitude.

Her statement reads, “Myself, Managing Partner and the legends of the Super Eagles are confident that Bello will deliver on this line of duty as the National Youth Coordinator of the APC Presidential campaign council as he is a young man with a great passion for youth development. We have trust that Nigerian youths will rally round him to vote massively for Bola Ahmed Tinubu and his running mate, Kashim Shettima. The youth constitute 75% of the Nigeria Voting Population.

“On our path, we will do our all to ensure this assignment is achieved by mobilising millions of our followers across Nigeria to vote for Asiwaju in the 2023 Presidential Elections.”

Recall in March 2021, the full compliment of the Super Eagles legends along side the complete team of the Atlanta 1996 Olympic Gold medal winning team was hosted by governor Bello to a reception marking the 25th Anniversary of the Olympic Gold where Nigeria conquered the Global football world beating Brazil, Argentina and other countries to be the first African Nation to win the Olympics Gold.

The event in Lokoja featured a novelty exhibition football match that ended 1 – 1 between Super Eagles Legends vs New Direction Team led by Governor Bello. The goals were scored by governor Bello for the government team while Julius Aghahowa equalised for the legends.

At the Reception Dinner, the Super Eagles legends complained about the promise of House gift to the team by the Federal Government which was not fulfilled over 30years ago.

His Excellency Governor Yahaya Bello in a swift reaction assured them he will take the matter up to President Buhari. Today, the Houses have been presented to all the legends following Governor Bello’s intervention.

This and many more have endeared the legends of the Super Eagles to throw their weights behind the governor, promising their supports for him on the new assignment.

His Excellency Governor Yahaya Bello who is popularly referred to as the Champion of Nigerian Youths is loved by the entire Nigerian youths and has continually enjoyed maximum support from the youths, Women, and People with disabilities etc.
His appointment by the Presidential campaign council is believed to be a strategic move and will boost the APC to victory in 2023, as 90% of the votes will come from this strategic Move.
The Super Eagles Legends enjoys tremendous support from Millions of Nigerians both old and young as they have remained the biggest unifying factor in Nigeria & world History owing to the fact that they have won glorious laurels and brought happiness to almost all Nigeria homes via Football entertainment and quality display of Soccer artistry.

Football has remained the biggest platform to enhance unity in diversity across the globe and the Super Eagles Legends have brought smiles and joy to all Nigeria homes. Governor Bello who is the Legends Ambassador has been a bridge builder between the North and South, the Old and young, Men and Women, The Government and the People.