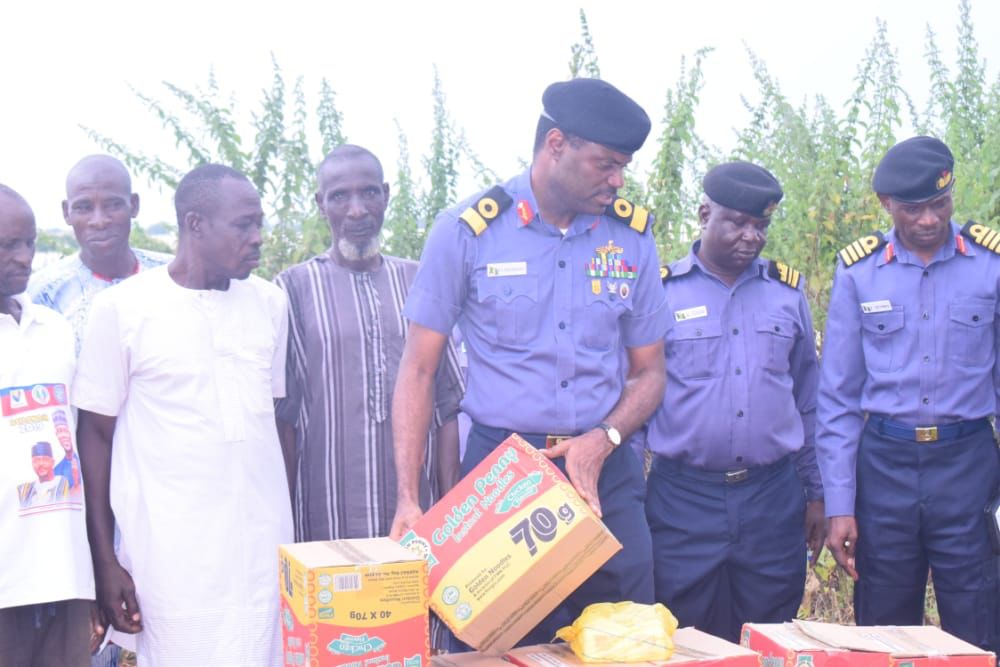 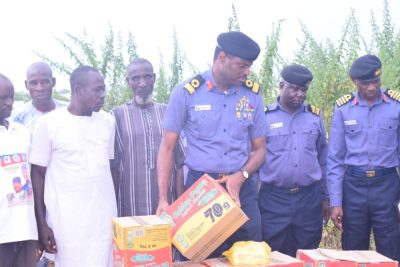 As part of it’s Community Social Responsibility (CSR) initiatives the NNS Lugard base led by Commodore K I Odubanjo, on Thursday presented relief materials to neighbouring victims of the flooding from Onumaye Community, Kogi state.

According to reports gathered the victims numbering about 100 persons including women and children lost their houses, livestock and other belongings to the flood.

It was also reported that the beneficiaries were originally domiciled in Onumaye community but due to the damaging recorded were now living in a make-shift camp a few meters away from NNS LUGARD.

Some of the provided palliatives included rice, semovita, cartons of indomie and spaghetti, vegetable oil, portable water among several other.

The Head of the Community thanked the Base and Nigerian Navy for the show of love in their trying time, while he expressed the appreciation of the entire community and promised continued cooperation with the Base as they have always done.

Reacting to the report, Kogi state governor, Yahaya Bello who spoke through his Chief Press Secretary, Onogwu Muhammed commended the NNS Lugard for their support and solidarity with the government in such a trying season and devastations caused by the flooding in the state.

He said such gesture was what is expected from Agencies, organisations, philanthropist, NGOs and individuals in a bid to join hands with the government in ensuring that those affected by the flood received some level of succour.