PMB Returns To Abuja From London

President Muhammadu Buhari is back in Abuja after his routine medical check up in the United Kingdom.
….State House Correspondent Adamu Sambo reports that the President arrived Nnamdi Azikiwe International Airport about half past Seven Sunday evening. 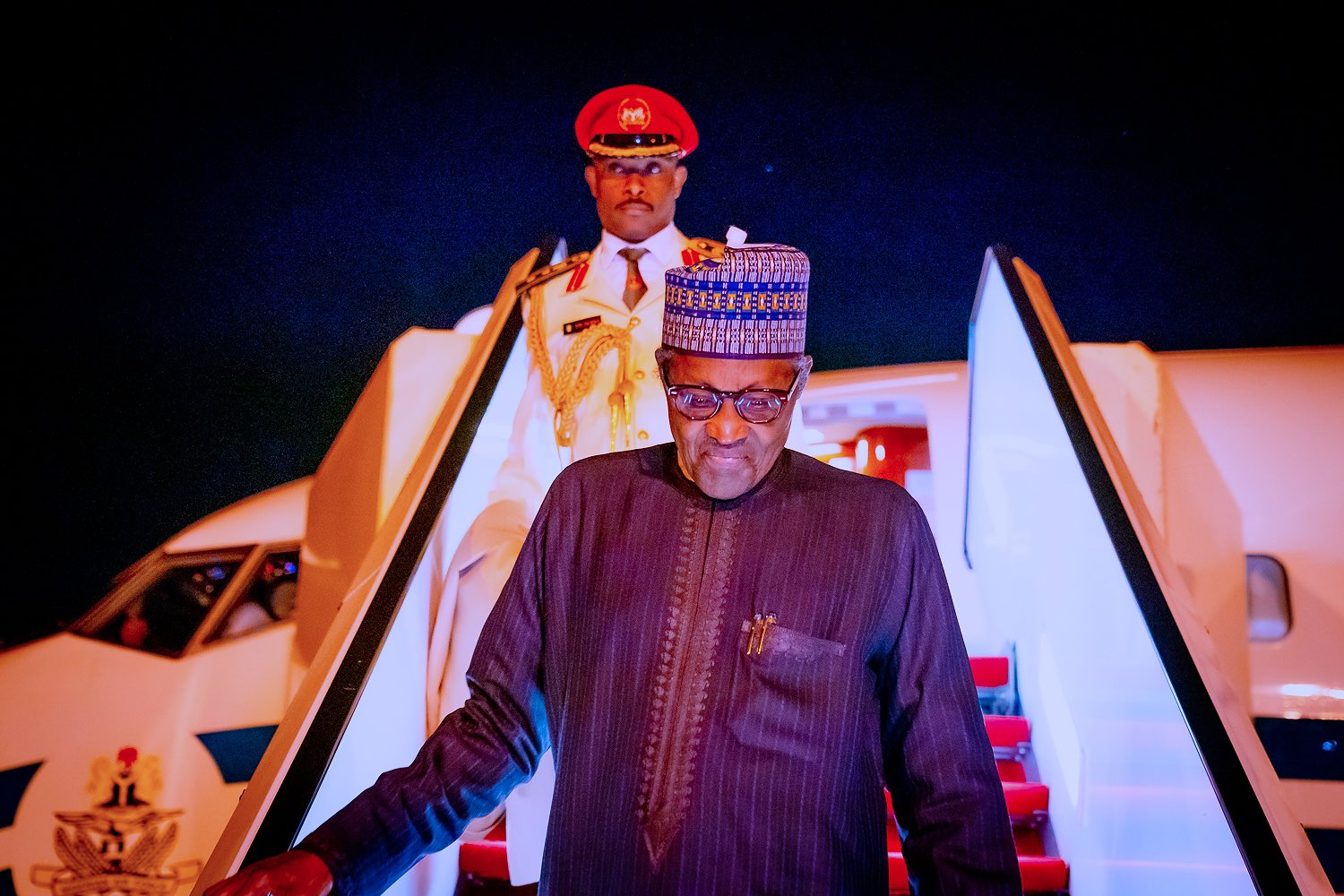 On hand to receive him were his Chief of Staff, Prof Ibrahim Gambari, FCT Minister Mohammed Musa Bello, Inspector General of Police Usman Alkali Baba, Director General Department of state Services Yusuf Magaji Bichi and other senior Government officials.
While in London, President Buhari was a guest of the British Monarch King Charles III at Buckingham Palace.
During the high level engagement, The President and the King of England resolved to deepen and expand the lang lasting and highly beneficial relations between Nigeria and the United Kingdom.
President Buhari had during the visit reassured Nigerians that there is no going back in his administration’s plan to redesign the nation’s currency in the interest of the economy.