The Presidential candidate of the Peoples Democratic Party and former Vice President of Nigeria, Atiku Abubakar says his agenda for restructuring is to ensure that the government becomes more efficient. 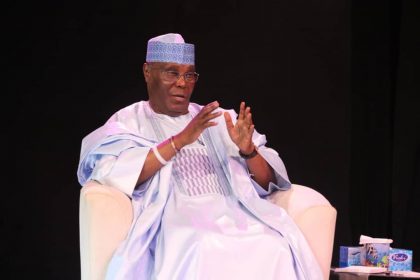 Media Adviser to the PDP Presidential candidate Paul Ibe in a statement disclosed that he made the remark at the 24th Lecture Series of the Lagos Business School, in Lagos.

It added that, Atiku would encourage the National Assembly and State Houses of Assembly to come up with constitutional amendments that will give more powers and resources to state and local governments.

The private sector the statement further emphasized , should be given the opportunity to play more roles in the economy recalling that as Vice President of the Federal Republic of Nigeria between 1999 to 2007, Atiku headed the economic team that implemented fundamental economic reforms, including the design and implementation of a private sector revival strategy.

The PDP presidential candidate noted that the 5-point agenda of his policy proposal is a document that contains the solution to the many challenges besetting the country.