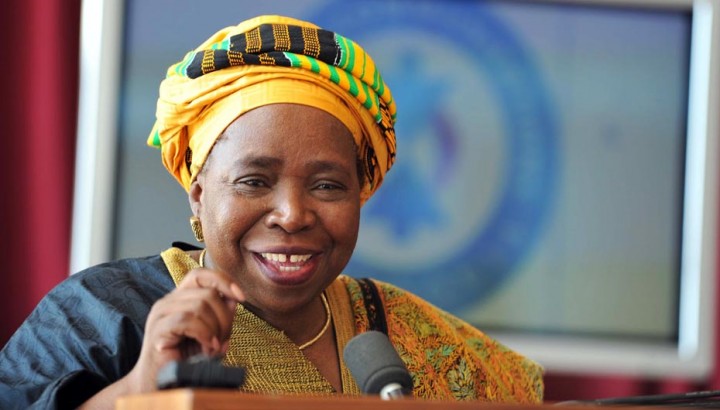 Kigali, Rwanda 14 July 2014 – The African Union Commission (AUC) Chairperson, H.E Dr. Nkosazana Dlamini-Zuma has called on the African media fraternity to fast-track the implementation of Agenda 2063 by effectively covering and disseminating information about the progress of pan-African strategies.

Dr. Dlamini-Zuma made the call during the official opening of the African Editors Forum on Thursday 14 July 2016, on the sidelines of the 27th African Union Summit in Kigali, Rwanda.

Holding under the theme: “popularising Agenda 2063 through The African Editors Forum,” the event was attended by editors from across the continent, as well as government officials and business sector players in the area of communication.

The African Editors Forum (TAEF) is an umbrella organization for editors from across the continent.

In her remarks, Dr. Dlamini-Zuma told participants that constructive media plays a major role in efforts towards achieving a prosperous, dynamic and peaceful continent.

“We have seen instances where western journalists continue to justify the illegal exploitation of resources in what they call ‘colonies’. This wrong depiction of Africa should be opposed by pan-African journalists who believe that Africa can determine its future and how to utilize its resources,” she said.

She added that: “Some African journalists, sadly, go along with the negative narrative about our motherland, and you find some of them reporting exactly what the western media is reporting. We know better about Africa than anyone and we should take the lead in telling the African story.” The AUC Chairperson emphasized on the need for African journalists to be objective and responsible in the way they report their stories given that it is their roles to shape the African narrative with the view to enhance development in the continent that will impact on the lives of the African citizens.

She called on African editors to foster editorial guidelines that define the telling of stories about “The Africa We want”, as well as hold accountable policymakers who are charged with ensuring the development of the continent.

“The media is charged with promoting Pan-African initiatives and holding leaders accountable to the decisions that they take and implement…. You have the power to hold a mirror in front of society, so that every one of us can see who we really are,” she said.

The CEO of Rwanda Governance Board, who officially opened the forum, called on journalists to fully express their freedoms of expression and media rights, but advised the journalists to disseminate news with responsibility and in a balanced manner.

The president of the Rwanda Journalists Association, Collin Haba, said that there is no doubt that achieving a sovereign, independent and self-reliant continent is a long term effort that calls for a change in mindset of the Africans.

“As editors, we must have the blueprint of Agenda 63 at our finger tips. 47 years to completion date is definitely a long way to go. But it is our responsibility to break it down into smaller targets that we can frequently evaluate,” he said.

Mr. Mathatha Tsedu, Chairperson of the Board of the African Editors Forum noted the importance to engage networks of African journalists with the AUC, particularly the editors in the implementation of the development agenda of the continent as they have the responsibility to educate the population and popularise the continental vision, Agenda 2063.

The forum was an opportunity for AUC Commissioners and high officials to brief the participants and exchange views about the Africa Agenda 2063 and its Ten years implementation plan among others.

Some of the expected outcomes of the forum include:

–           The African Editors Forum (TAEF) is an umbrella organization for editors from across the continent.

–           Reinforce the strategic partnerships between the AU, TAEF, as critical stakeholders in the media industry.