Mrs Adebimpe Akinsola, Special Adviser and Acting Commissioner, Lagos Ministry of Tourism, Arts and Culture, on Tuesday said the state government had plans to establish a University of Tourism to train tour guides. 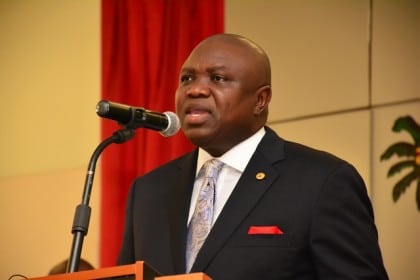 Akinsola spoke on Tuesday in Ikeja, at the 2017 ministerial press briefing of the Ministry to mark two years in office of Gov. Akinwunmi Ambode in Lagos.

She said that when established, the university would assist in developing tourism in the state and ensure tourists’ satisfaction.

“Gov. Akinwunmi Ambode-led administration is investing heavily on the tourism sector to cause an increase in economic activities with a direct bearing on hospitality, entertainment and job creation.

“It is also aimed at making Lagos a preferred destination for cultural, business and leisure tourism in Africa.

“We have been upgrading tourist sites and constructing new infrastructures, and it will require experienced personnel to promote and maintain that sector.

“We are working on modalities to establish a school –University of Tourism, to train tour guides, individuals who will be able to show and interpret the cultural and natural heritage of the state to tourists.

“Although, it is not accommodated in the current budget, but perhaps, it might be considered in the next year’s budget,’’ she said.

Akinsola said the ongoing renovation at Badagry Heritage Museum, which serves as a veritable source of information about the Trans-Atlantic Slave Trade, was at 60 per cent completion.

She also disclosed that the government would soon start the construction on six new theatres which would provide the platform for young artistes to develop and showcase their talents.

According to her, the preservation and promotion of the state’s rich and diverse culture will always be accorded top priority in the government’s economic development agenda.

Akinsola said that the Ministry, through its agency, Films and Video Censors Board, burnt some pirated and unclassified local and international movies to discourage piracy.

She said the movies and duplicating machines burnt were worth N10 million.

“The board apprehended 12 suspects actively engaged in acts prohibited by the Law in 2016.

“Eight of the suspects were prosecuted and sentenced to six months imprisonment without option of fine while four were given the option of fines of N10, 000 on each count.

“On film censorship, which is  to determine the likely impact of a movie on the audience, 82 films were censored and classified between May 2016 and February 2017 meant for exhibition within the state,’’ she said.

Akinsola listed other achievements of the Ministry in the last two years to include the official launch of the One Lagos Logo, One Lagos Fiesta, participation in Toronto Film Festival and hosting of All African Movie Awards.

Other achievements she cited are, COPA Africa, Tourism summit, Arts and Culture Stakeholders meeting, construction of new monuments and renovation of existing ones, as well as unveiling of the design for a new museum,

She said the ministry was also making a mark with the ongoing activities to celebrate Lagos at 50, which will climax on May 27. (NAN)