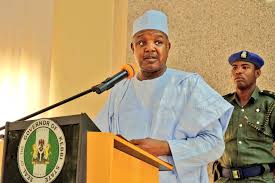 The Kebbi Government and Borough of Manhattan in New York City on Tuesday expressed their readiness for a city-to-city partnership  on tourism, business, education and culture.

The development was sequel to a correspondence from the President of Manhattan Borough in New York City, U.S., Gale Brewer, for a partnership with Argungu Local Government of Kebbi State.

The News Agency of Nigeria (NAN) reports that Argungu is widely known for its famous four-day annual fishing festival which originated in the area that includes today’s Kebbi State.

Bagudu said his administration had keen interest to partner with people, institutions and organisations in its quest to transform the state.

“There is no doubt that Argungu local government area is world famous for its tourist attractive sites.

“While New York city not only serve as financial capital of the world, but also the cultural capital blending diverse cultures from around the globe,’’ he said.

The governor expressed optimism that the partnership would move the state to greater high and economic prosperity.

NAN reports that Adewumi, after delivering the letter to Bagudu, also invited the governor to visit New York city. (NAN)