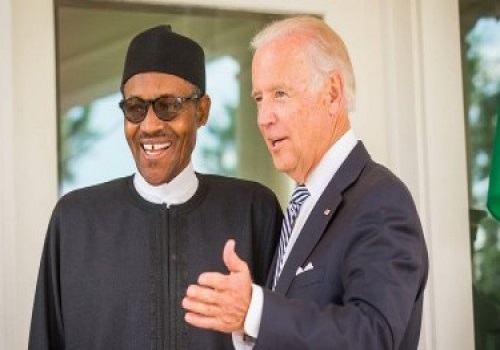 U.S. Vice President Joe Biden hosted President Muhammadu Buhari to a breakfast meeting where they compared notes on the War on Terror.

A statement from Presidential spokesman Femi Adesina says that during the meeting which held at the Naval Observatory, Office Residence of the American Vice-President, Joe Biden shared with his guest what the U.S. had learnt from the terror war, counseling that victory cannot come from Military option alone.

The U.S. Vice President said the Military option must be combined with strong socio-economic support programmes promising that the U.S. would work with Nigeria in that direction. Responding, President Buhari thanked the U.S. for standing by Nigeria run up to the General Elections early this year.

On Oil Theft, the Nigerian President estimated losses at between 10 and 20 Billion Dollars, stressing that such income could have made impact

on various sectors like education and healthcare, among others.