Contrary to the erroneous impression that may have been created by reports that the Nigerian delegation to the 70th Session of the United Nations General Assembly missed a meeting on help for displaced persons, President Muhammadu Buhari and his administration remain fully committed to the rehabilitation and well-being of all persons who have been displaced or adversely affected by the Boko Haram insurgency. 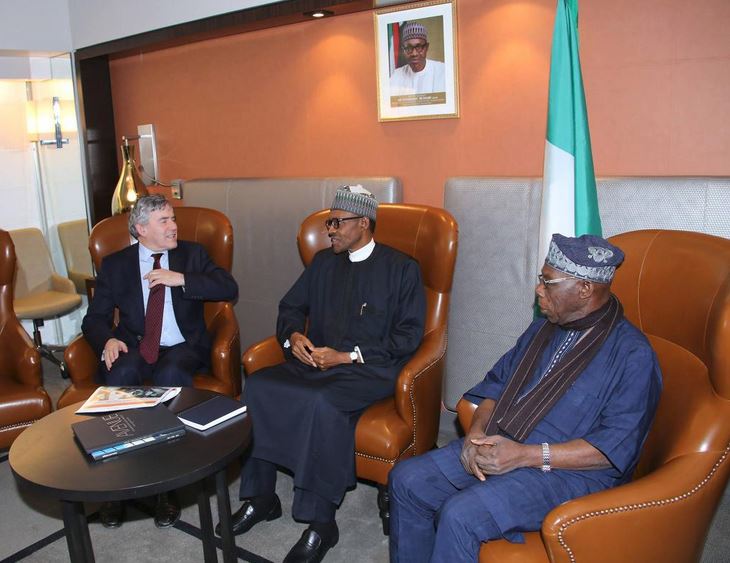 Indeed, the war against terrorism, improved security across Nigeria and additional  measures to give succour to  internally displaced persons  have been central to discussions President Buhari has had with other world leaders since his arrival in New York on Thursday night.

The issues were dominant  in  the President’s  conversations on Friday with Chancellor Angela Merkel, the King of Spain, His Majesty Don Felipe VI and  former Prime-minister Gordon Brown who came with former President Olusegun  Obasanjo to discuss the actualization of  the safe schools initiative, which is of special interest in parts of Nigeria most vulnerable to terrorist attacks.

President Buhari is handling his duty as leader of the Nigerian delegation to this year’s General Assembly with the greatest possible diligence and will certainly not tolerate any  tardiness on the part of the delegation in seizing every possible opportunity to advance Nigeria’s interests.

This notwithstanding, it must be realized that it will be near impossible for any national delegation, no matter its size, to participate in   all  the meetings that are simultaneously happening in and around the General Assembly in New York.

The meeting at which Nigeria was reportedly absent was not one the official  events of the United Nations for which President Muhammadu Buhari and his modest delegation are in New York.

While the meeting referred to in media reports is commendable, it was  not the only one or the most important of such meetings  in New York that are paying attention to the problem of insecurity, migration and violent extremism in the Lake Chad area and the rest of the world.

Nigeria was represented earlier today  at an important side event devoted to the North-East called by the UN Population Fund, UNFPA on “Building Stability and Resilience in Nigeria and the Lake Chad Basin Countries.”

President Buhari fully conscious of his responsibility to Nigeria and will accept nothing short of the best for Nigerians  in the meetings taking place in and around the United Nations.

Anyone trying to create an impression of dereliction of duty, based on the Nigerian delegation’s absence at an unofficial meeting, is only being mischievous and uncharitable.