Putin: Syria’s Assad Ready to Work with Some Rebels 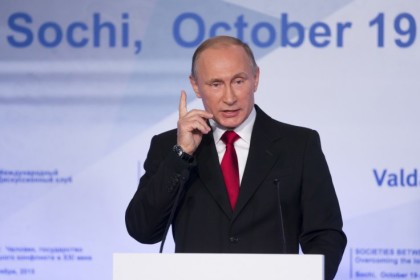 Russian President Vladimir Putin said Syrian President Bashar al-Assad had told him he was ready to talk to rebels if they are genuinely committed to dialogue and to fight Islamic State.

Putin was speaking a day after Assad surprise visit to Moscow for talks — underlining Moscow’s new role as a central player in Syria’s conflict , he said both leaders talked about the  political solution in Syria.

Some Western governments see Russian role in the conflict as an obstacle to peace, especially since it started air strikes on Islamist groups in Syria opposed to Assad.

But Putin said he believed that the military operation in Syria could create the right conditions for progress in talks on the future of the country.

“I will pull open the curtain a little on my talks with President Assad,” Putin said at a forum in the Russian resort of Sochi on Thursday evening.

“I asked him: ‘What view would you take if we found, now in Syria, an armed opposition which nonetheless was ready to oppose and really fight against terrorists, against Islamic State? What would be your view if we were to support their efforts in fighting Islamic State in the same way we are supporting the Syrian army’,” Putin said.

“He answered: ‘I would view that positively’,” Putin said of Assad.

President Putin also related the root of the Syrian conflict not only to Islamist militancy but also internal tensions, admitting that at least some of the people who rebelled against Assad’s rule had a legitimate grievance. 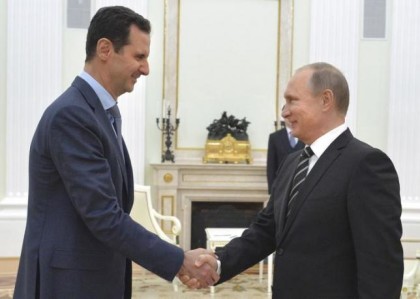 Putin emphasized that Syria’s leadership could only be decided by the Syrian people, not external powers, through transparent elections.

NEWER POSTPresident Buhari Not Shy Around Women, Disown Alledged Presidential Aide Who Reportedly Said So
OLDER POSTKifasi Hands Over to Acting Head of Service of The Federation Oyo-Ita