We Fight To Ensure One Nigeria One Destiny ~ CDS, Gen Gabriel Olonisakin 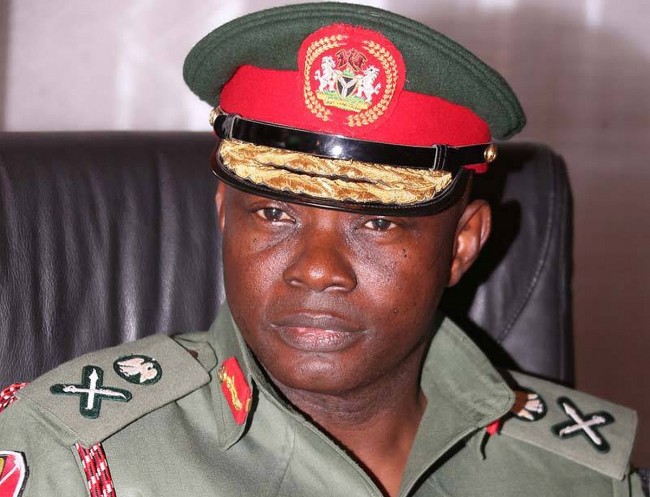 The Chief of Defence Staff (CDS), General Gabriel Olonisakin has assured that the Nigerian military will continue to ensure that Nigeria remains one and indivisible entity.  General Olonisakin made the declaration while receiving the Commander of French Forces in Senegal, Brigadier General Pascal Facon when he paid courtesy call at Defence Headquarters, Abuja in furtherance of the French Government’s bilateral cooperation with the Nigerian Armed Forces.

General Olonisakin who maintained that no matter the several forces who are bent at entrenching disunity in some section of the country, the Nigerian military is capable of ensuring that the country will come out clean and even stronger.

Earlier, the French Forces Commander in Senegal told his host that he was in Defence Headquarters in furtherance of President Muhammadu Buhari’s bilateral talks with the French President to collaborate in fighting insurgency in the North East.