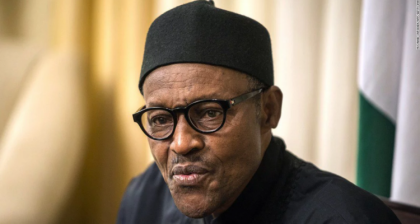 President Muhammadu Buhari has described as untrue claims in the local and international media that he accused or indicted the United States government of helping the terrorist group Boko Haram. In a statement in Abuja by the Special Adviser to the President on Media and Publicity Femi Adesina, the President said the claim is an unfortunate misinterpretation and distortion of his remarks at the U.S Institute of Peace.

The statement indicates that President Buhari was convinced that the U.S could never support groups such as Boko Haram.

The regrets expressed by the President about the impact of the application of leahy law on Nigeria’s was against Boko Haram and terrorism cannot be construed as an indictment of President Obama.

The President expects that the fruitful talks he had with his U.S counterpart will lead to a better mutual understanding and further deepening of bilateral relations between Nigeria and the United states in the areas of defence and security cooperation.