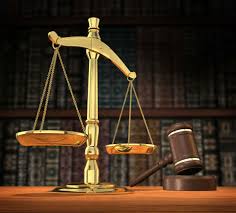 President Muhammadu Buhari said on Sunday in Addis Ababa that the ongoing fight against corruption in Nigeria can be effectively tackled with the strong support of the judiciary.

Speaking at a town hall meeting with Nigerians living in Ethiopia, the President said far-reaching reforms of the judiciary remained a key priority for the present administration.

“On the fight against corruption vis-à-vis the judiciary, Nigerians will be right to say that is my main headache for now.

“If you reflect on what I went through for twelve years when I wanted to be the President, I attempted three times and on the fourth attempt through God and the use of technology, it was possible for Nigerians to elect an APC candidate as President.

“All these cases went up to the Supreme Court until the fourth time in 2015, when God agreed that I will be President of Nigeria,’’ the President said.

President Buhari assured members of the Nigerian community that with the support of the Chief Justice of Nigeria, he will continue to do his best to improve the nation’s judicial administration system.

On urban development and infrastructure, President Buhari announced that the Federal Government has ordered a review of several railway transport projects signed by the previous administration with the Chinese government.

“The Chinese government was very generous to Nigeria on the projects signed with the previous government because they agreed to pay 85 per cent of the project.

The President said he has directed the Ministers of transportation, finance, power, works and housing, to revisit the agreements and explore ways of re-approaching the Chinese government for assistance.

Commenting on the proposed N6.077 trillion 2016 budget submitted to the National Assembly, the President said for the first time in Nigeria, the budget will be largely financed from non-oil revenue.

He identified the collapse of the international oil market and oil theft in the Niger Delta as main reasons for projecting more revenues to fund the budget from the non-oil sector.

“The theft of the oil market by some Nigerians that happen to live there who feel that the oil belongs to them and not the country is an irritating thing for those of us who participated in the civil war for 30 months in which at least 2 million Nigerians were killed,’’ he said.

The President also said that the proposed budget would focus on increasing efficiency and transparency in government operations and the blocking of leakages from revenue generating agencies.

He added that the recovered assets of the country would also be used to reduce the budget deficit.