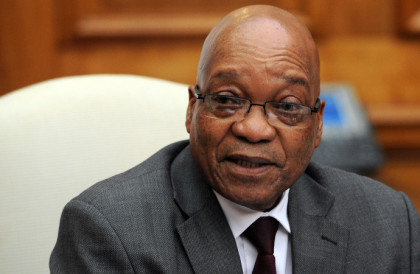 He noted that Nigeria provided financial and moral support to South Africa when it needed it most, the South African President was emphatic that Nigeria is strategic in achieving the Africa agenda.
He said, the two countries must work towards being producers instead of consumers of finished product.
The South African observed that the 2015 election has placed Nigeria as a model for the continent.
For the presiding officers of the National Assembly, the visit will usher in a new bilateral relations between the two African giants.
He explained, the two countries must remove threat restrictions and renew their memorandum of understanding so as to force out threats liberalisation and economic partnership.

President Jacob Zuma was accompanied by some members of the South Africa parliament.
The visit was described as symbolic and historic, it’s symbolic in the sense that it shows the strategic cruel and the place of the legislature in democracy governance and historic because, this is the first time the Eight National Assembly is receiving a Foreign President.