The UN Security Council on Friday in New York adopted the Resolution 2272 (2016), aimed at preventing and combating Sexual Exploitation and Abuse (SEA) by UN peacekeepers. 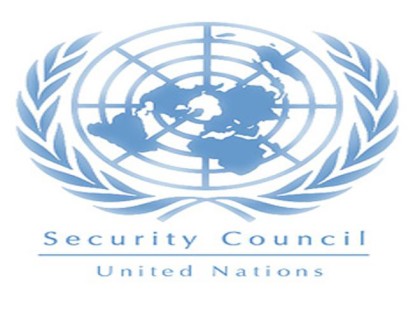 The resolution was adopted by 14 votes in favour, with abstention by Egypt.

The Council specifically endorsed the decision of the Secretary-General “to repatriate a particular military unit or formed police unit of a contingent when there is credible evidence of widespread or systemic sexual exploitation and abuse by that unit.”

The decision was one of several recommendations in a report that was presented on Thursday by the UN chief to the 15-member body which for the first time ever, listed the names of the countries of alleged perpetrators.

It also showed an increase in the number of new allegations in 2015, with 69 of the total 99 allegations lodged against UN personnel serving in peace operations.

The U.S.-sponsored text, adopted as resolution, further requested that the UN Secretary-General should replace all units of the troop- or police-contributing country from which the perpetrator is from, if appropriate steps have not been taken by the country to investigate the allegation.

Furthermore, the Council urged the secretary-general to take appropriate steps when the perpetrators have not been held accountable, and/or when there has been failure to inform the UN about progress of investigation or actions taken.

The resolution also highlighted the Council’s deep concern over the “continuing and serious allegations” of sexual exploitation and abuse by UN peacekeepers in the UN Multidimensional Integrated Stabilisation Mission in Central African Republic (CAR), as well as in other UN peacekeeping operations and by non-UN forces.

On-going efforts by member states to strengthen pre-deployment training on sexual exploitation and abuse was also welcomed by the Council, which wanted further efforts to be taken in this regard.

In addition, the resolution underscored the need to protect civilians, particularly women and children in sites for internally displaced persons and refugees, from any form of abuse or exploitation.

It also encouraged the appropriate UN mechanisms, including the Office of the High Commissioner for Human Rights (OHCHR), to continue to include allegations of sexual exploitation and abuse in their regular reporting.

News Agency of Nigeria (NAN) reports that the U.S. expanded its outreach to troop and police contributing countries to press for immediate and necessary actions to complement the UN’s efforts to bolster justice and accountability measures for perpetrators of SEA.

In the report, the Secretary-General requested member states to approve several reform initiatives.

The U.S. urged the Secretary-General to take action on SEA, while advising member states to approve his requests.

The U.S. tabled a draft resolution to add the Security Council’s weight to the UN’s response to the recurrent problems in peacekeeping missions, while supporting the Secretary-General’s decision to repatriate units that demonstrate a pattern of SEA.

Amb. Samantha Power, U.S. Permanent Representative to the UN said: “We need a whole-of-UN approach to ending sexual exploitation and abuse and ensuring that those who commit such crimes are held accountable.

“Solutions to this scourge cannot continue to be marked pending.’’

NAN also reports that of the 99 allegations of sexual exploitation and abuse uncovered by the UN in 2015, 69 of them were in countries where UN peacekeeping operations were taking place.   By Sadiya Hamza (NAN)